Well, first they told me Pluto was a planet, and then they told me it wasn’t, and I was strangely saddened by this. It’s not big enough to be a planet, so it is called a dwarf planet, though apparently a really massive dwarf planet!

Then I found out yesterday that Carlingford Lough wasn’t a fjord!

I was thrilled when @CarlingfordIRE picked up, tweeted my blog post and complimented it saying, “Nice blog @Byddi”

To which I replied, thinking I was very witty – “Nice fjord!”

So it was a shock when @CarlingfordIRE very nicely informed me that actually, Carlingford Lough is not a fjord! 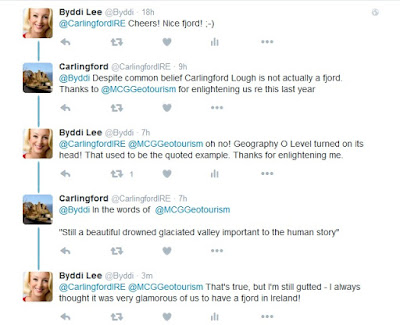 I am most grateful to them for setting the record straight for me and while I could have just edited my last post to take out the bit where I had said it was a fjord, I decided full acknowledgement of my misinformation and it’s source was more appropriate.

So here’s the science – this picture posted on twitter by @CarlingfordIRE. 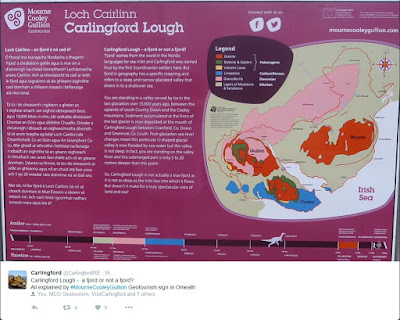 And in case you can’t make it out clearly,  the final paragraph says, “So, Carlingford Lough is not actually a true fjord as it is not as deep as the Irish Sea into which it flows. But doesn’t it make for a truly spectacular vista of land and sea?”

Now I have to go break it to Buffalo Bill that there are no (nor ever were any) buffalo in America…those big cow-like creatures? Bison!