Before I went to Singapore I only really knew two things about it. 1 – My friend lived there and 2 – it’s where the first episode of Tenko was set.

When I was about 12, Tenko was a TV show that was aired on a Thursday night at 9pm. My family were addicted to the drama. It told the story of a bunch of British and Allied Forces women during the Japanese invasion in the Second World War. The first episode started with a very idyllic picture of the life for the ex-pat’s wives as they hung out in Raffles Hotel, Singapore, sitting around in rattan chairs, wearing posh dresses and drinking tea from China cups while the locals fanned them. Then it all changed at the fall of Singapore. The Japanese separated them from their menfolk, herded them into prison camps and forced them to do hard labor. The posh frocks didn’t last too long after that.
Perhaps it was the extreme juxtaposition of their lives from cushy to cruel that I found fascinating, or maybe it was the exhibition of their grit under duress, whatever it was, I’d always wanted to visit Raffles Hotel (though not the prison camps!) 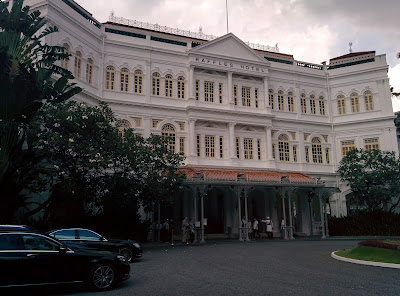 Before we went to the hotel, we stopped off at the History Museum. There we learned about the history of Singapore. We aren’t really museum connoisseurs, but we did find this one very interesting. I let my imagination roll when we got to the bit where the British lost Singapore to the Japanese. 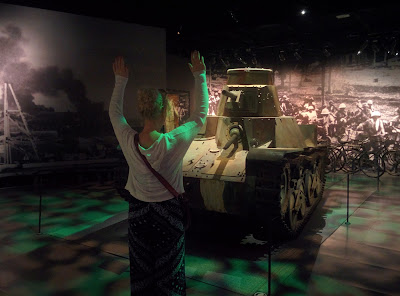 How terrifying it must have been for everyone. I could picture the ex-pats congregating at Raffles to share whatever information they could in a world without internet or TV to inform them, now desperate to leave this foreign country they had once ruled the roost in. I’m sure it was equally terrifying for the local people who were switching out one set of conquerors for another.
After the museum we used google maps to navigate to Raffles, a short walk away. It was a kick to see the guards all dressing in fancy uniforms. The hotel was beautifully preserved. You can have something to eat or drink here if you like. The lines for the restaurant for Afternoon Tea seemed quite long and the prices were pretty inflated, so we gave that a miss, content to wander around and absorb the ambiance. 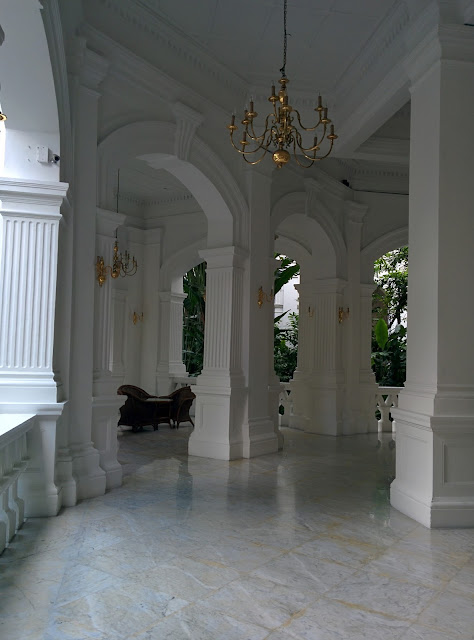 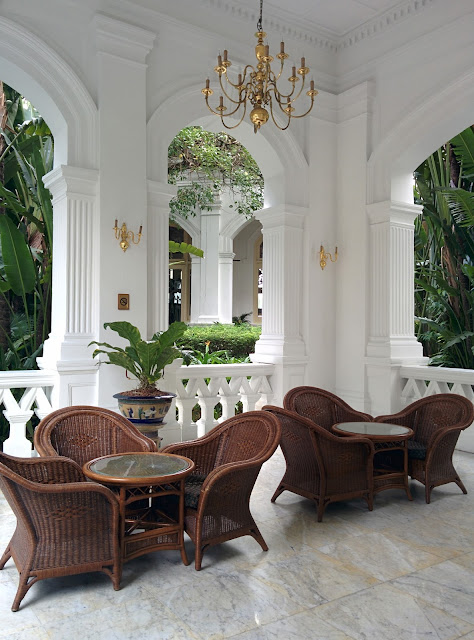 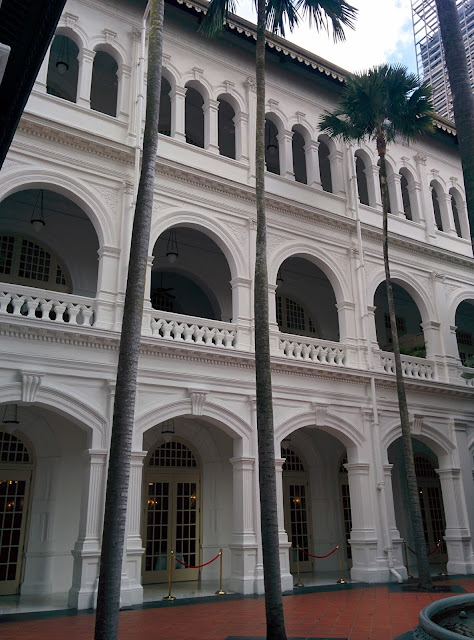 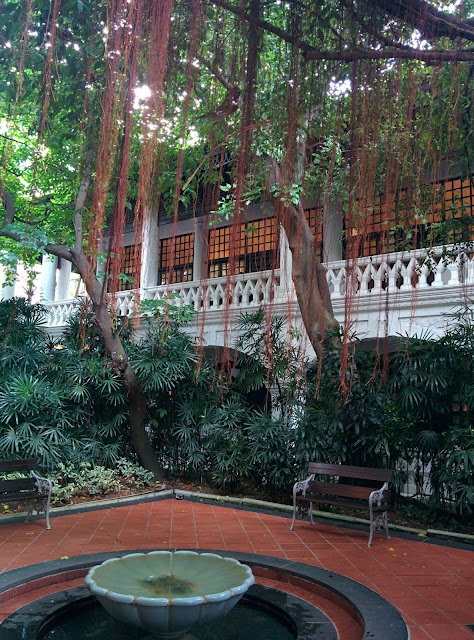 It was nice to see some of the old Singapore, but nicer to see the people free of colonialism and the city flourishing with its vibrant architecture and beautiful landscaping.
Byddi Lee
Filed Under : Fall of Singapore, Raffels Hotel, Singapore History Museum, Tenko