My Hong Kong family have been such generous hosts during our stay here. They’ve given up their homes to us and fed us every kind of fabulous dish you can imagine. Culinary wise, I’m one of those people who tries everything and tends to enjoy most food, so the feasting in Hong Kong has been a real treat. Many of the dishes around Chinese New Year hold some kind of symbolism that promises wealth, health and happiness for the forthcoming year. Some of these I know about, for example, longevity noodles are for a long life and you’re not supposed to cut the noodles. Here they are in the foreground of the photo, this feast cooked by my sister-in-law, the food better than you’d find in most restaurants. 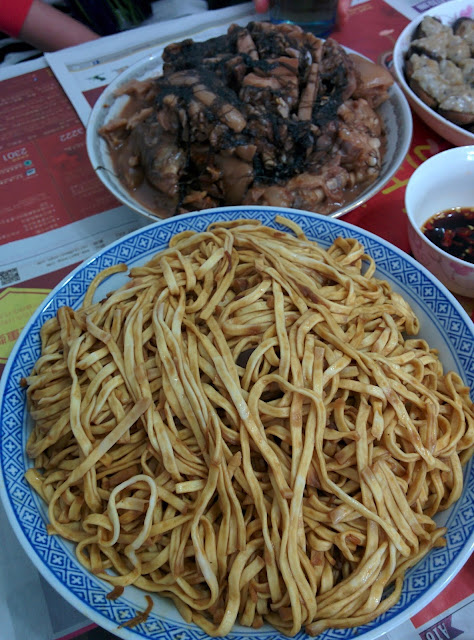 Other dishes, I can’t remember the exact symbolism though most are sort of word association things, for example, the word for small mandarin oranges sounds like the same word for gold and that’s why  there are so many oranges decorating the place.

In the background of the above picture are pigs trotters. I did try them, and much to the amusement of the family, found them not quite to my liking!

In the picture below we have (top to bottom, left to right) cucumber/zucchini stuffed with dried scallops, seafood stuffed Chinese mushrooms, oysters and ginger (these were my favorite – delicious!) chili oil dip, garlic and scallion with oil dressing, dried abalone with dried orange skins, and steamed chicken. 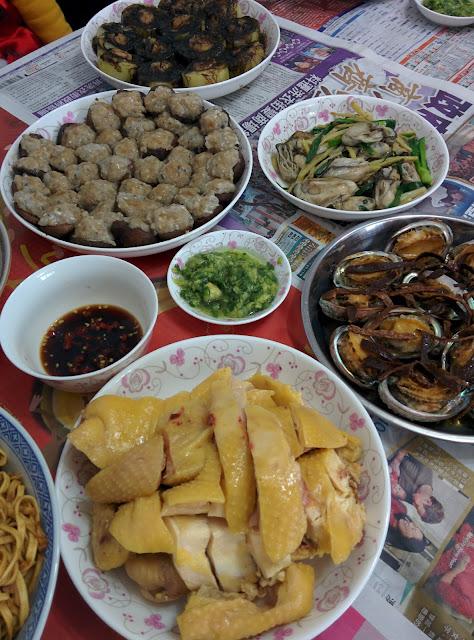 Prawns are another favorite of mine – these ones were massive. 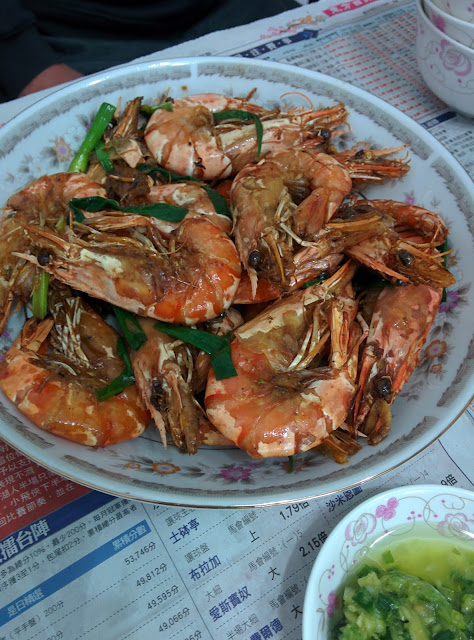 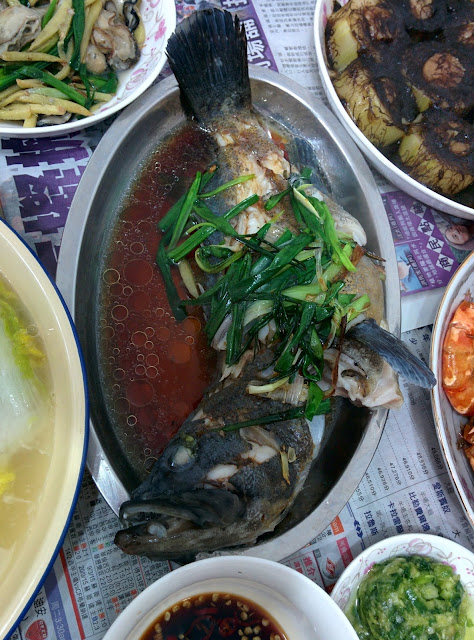 After lunch (yes – all this was just lunch!) we were sitting around chatting and we were telling them of our plans to explore some more that afternoon when one of the men got a text from his friend who was at the nearby Lau Fau Shan Oyster farms. He suggested that maybe we’d like to visit there and since oysters are one of my favorite foods, we said yes, without hesitating.

Here is a lady shucking oysters. 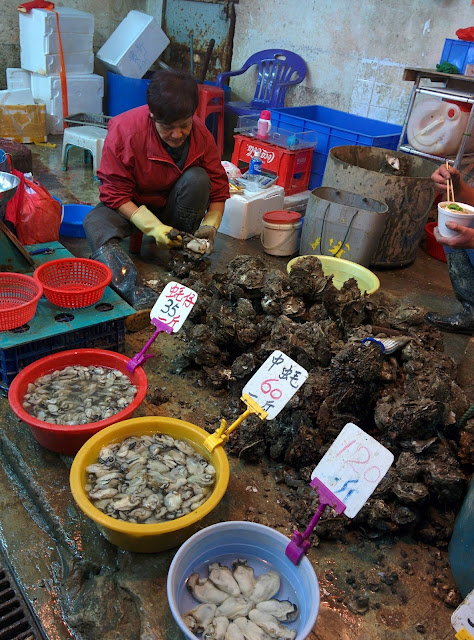 The oyster is huge! 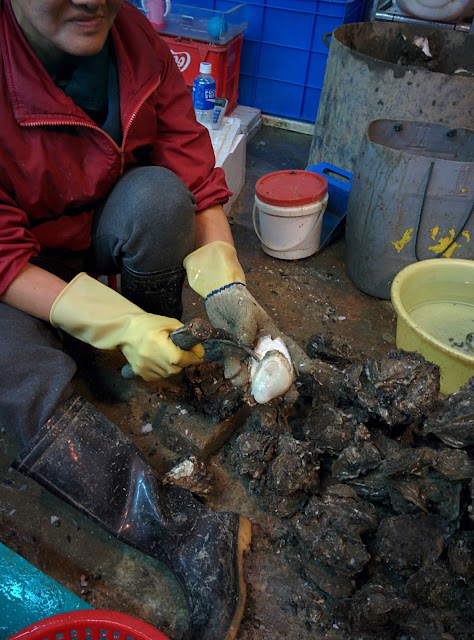 These are oysters drying. 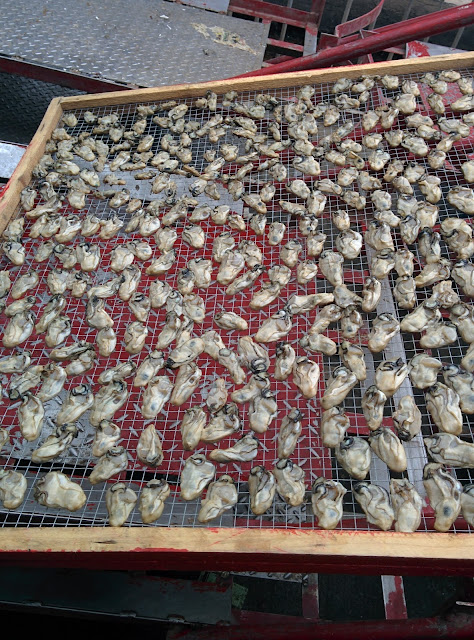 The bridge in this photo stretches all the way to mainland China. In the foreground, you can see all the discarded oyster shells. 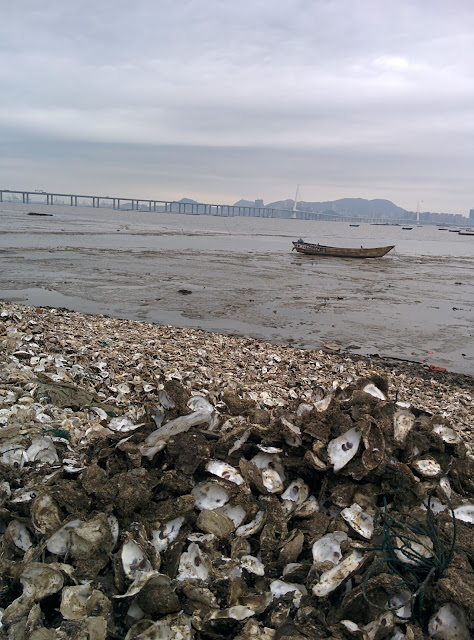 Lau Fau Shan market sells all kinds of seafood. Many of the fish are sold live. Because this so close to a public holiday the market was not running at full capacity and many of the tanks where the fish are stores and aerated where empty. 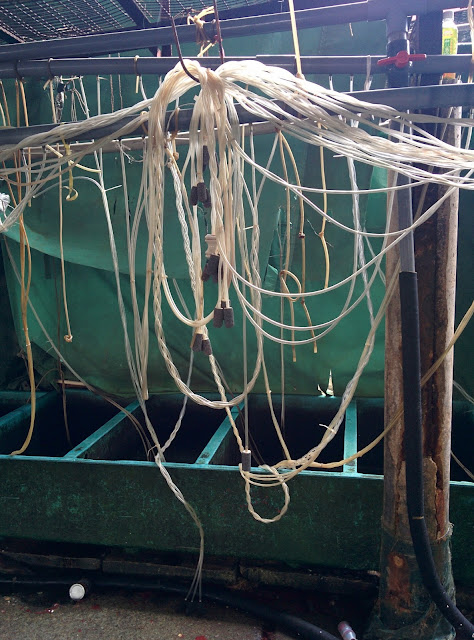 It tweaked my imagination. I imagined being one of those fish. It was to them no doubt like something you’d hear about in those alien abduction stories. You’re just going about your normal fishy business and the next thing a UFO (unidentified floating object) sucks up into it bowels of a ship and keeps you alive in tanks. 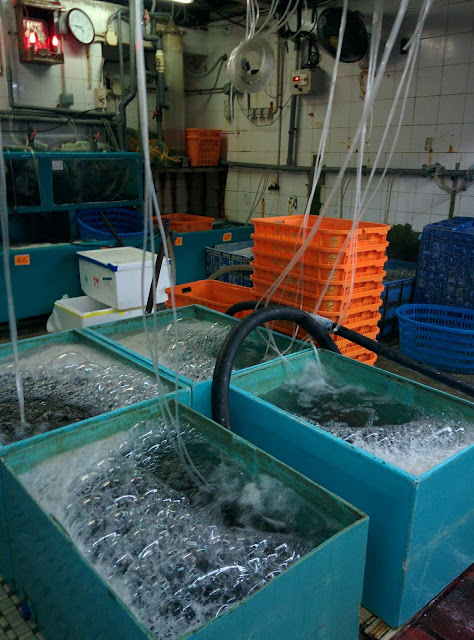 You can’t escape and the aliens keep you there….until….it’s time….to eat you! 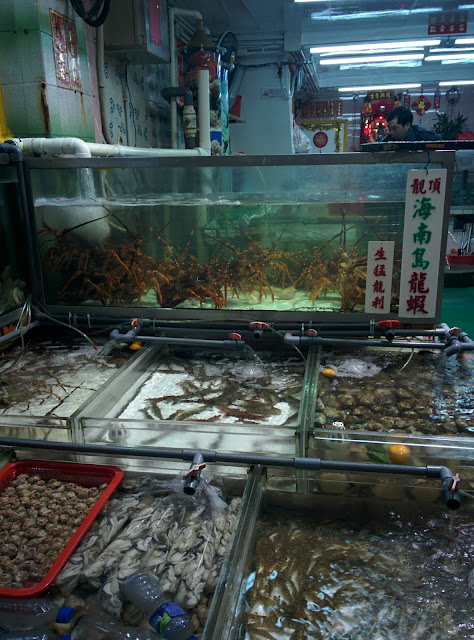 There’s no escape even if you try to leave your shell behind. 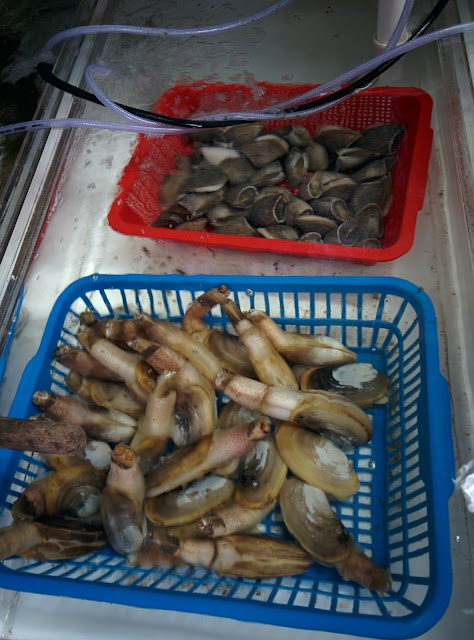 Or maybe they tie you up! 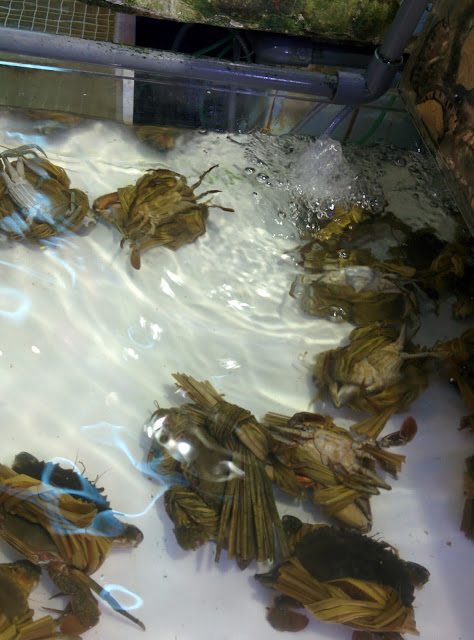 And in the end they stretch you out in a hostile atmosphere and stuck the very life-giving components out of your body! 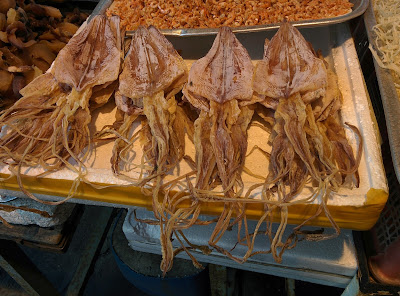 It makes for quite the horror story, doesn’t it? But from the alien’s perspective, a very tasty horror story!