The problem with a mini break is the “mini” part! It’s been hard to get back to writing this week. 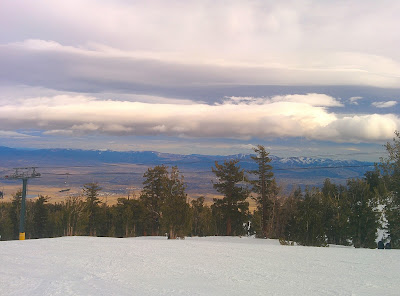 I was lucky enough to take advantage of the early snow in the Sierras this week and had two days skiing in Heavenly Resort at South Lake Tahoe. We got a great deal at the Marriott Grand residence, where they treat you like royalty! We drove up to the front door and gave them our car keys. They unpacked the car and brought our luggage to our room, sent our skis to the gondola for us to pick up the next morning and parked the car for us. We didn’t see it again until we checked out 3 days later! 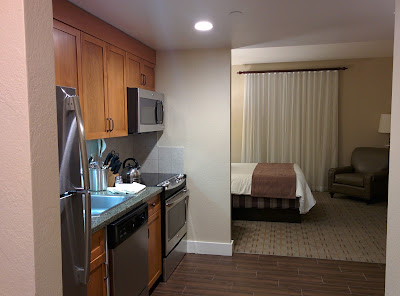 We stayed in a teeny tiny palace – the studio suit was just so cute. It had a better equiped kitchen than I have at home, to the extent that I decided to cook on vacation. My friends know that I hate to cook while on holidays, but this little kitchen was so adorable… 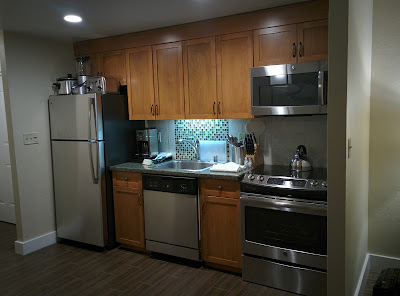 The room was two doors up from a lift which opened in to its own foyer, right across from the gondola! So easy. The complex was huge, so I did have a tendency to get lost, but if I found my way to the gondola, I knew I was near my room. I begged My Husband to let me live there forever, but he said someone had to do the gardening back in San Jose!

We were extremely lucky with the weather. Squeezing in between two big weather events meant we had snow to ski on but not drive in.

One of the things I love most about Heavenly is skiing with a view of Lake Tahoe on one side and a view of the desert landscape of Nevada on the other. 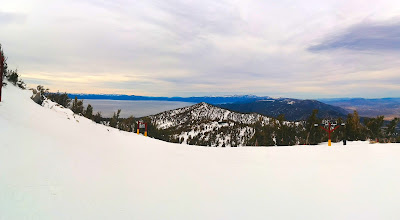 Since it was so early in the season a lot of the runs were closed. The board at the bottom of the lift told this story. 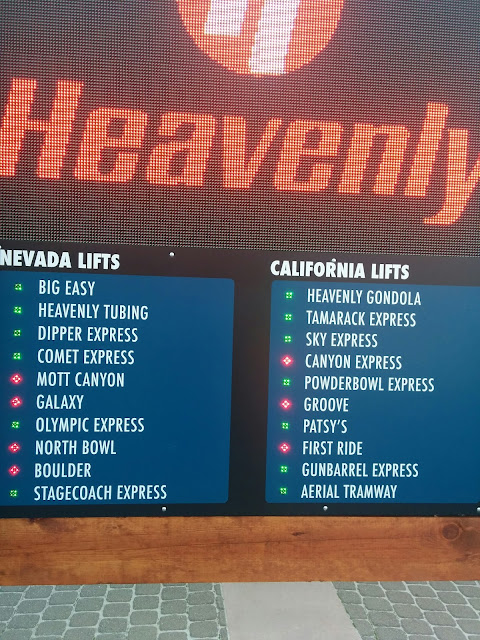 But at the top of the Gondola, the board told us the only thing open on the California side was where we already were. 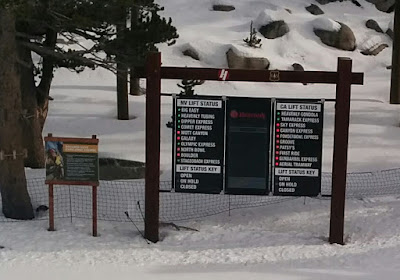 As a result, we got to see more of the Nevada side. It was possible to ski to the California side, but the return was closed, so we’d have been stuck there. Skiing the Nevada side was no hardship! 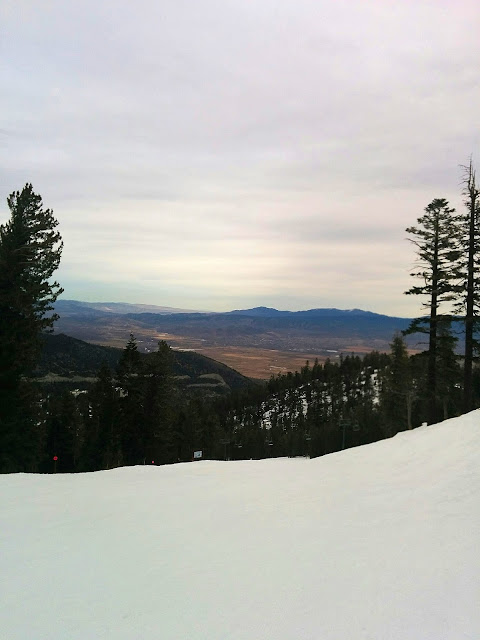 It’s been nearly two years since we’d skied. I worried that I might have gotten rusty. It was the first time I’d ever used Strava while skiing. It entertained me to see how careful we were on day 1, yet by the end of day 2 we were back to blasting down the slopes over and over again getting faster each time. We literally doubled our distance the second day. We were like big kids, grinning from ear to ear and just having such fun – snow and gradient can do that!

One last observation… the lockers at the top of the gondola. 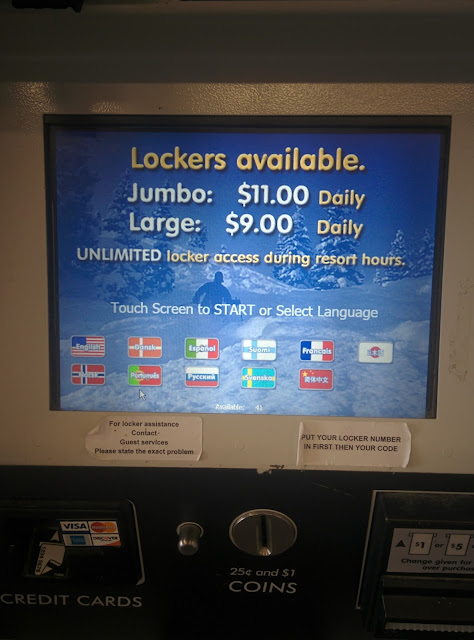 You can have with a “large” locker or a “jumbo” locker. What’s wrong with saying a “big” one and a “small” one? Is “small” so negative a term in marketing that it is being abolished – even in Starbucks you can’t get a “small” coffee. You have to ask for a “tall” coffee. I only remember that because it rhymes with small! 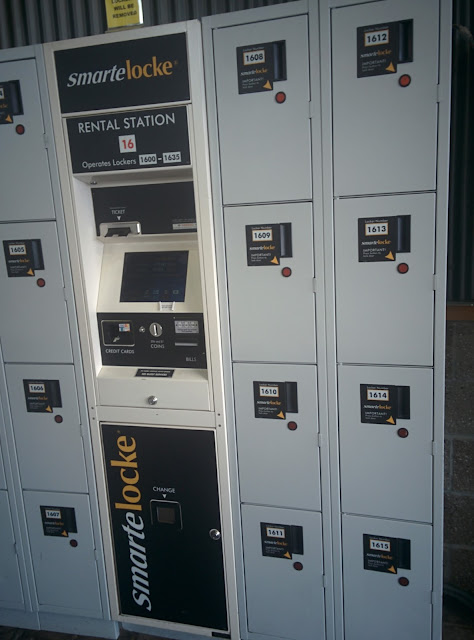 are these fractionally bigger ones really jumbo? I couldn’t tell the difference… 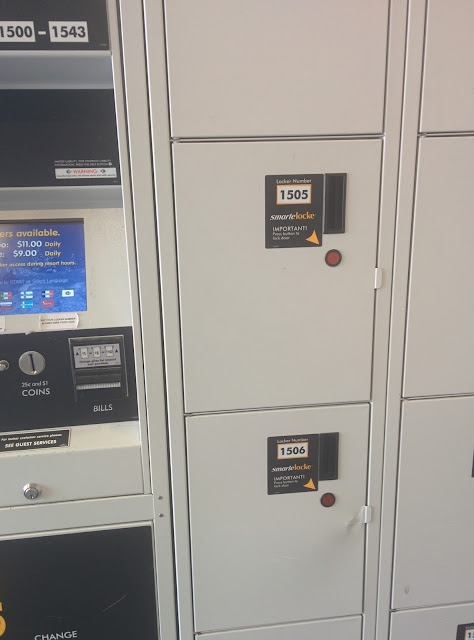 I suppose medium and small just wouldn’t be worth the effort. So nice to know that locker sizes go up to the word equivalent of 11. Marketing – the lies we live by!

1 reply to Oh So Heavenly