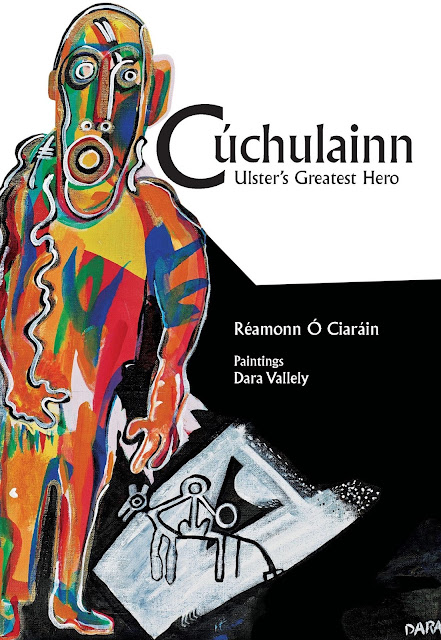 Ó Ciaráin’s Cúchulainn, Ulster’s Greatest Hero conveys the dazzling stories of a splendid hero from ancient Irish lore with vigour and elegance. Réamonn Ó Ciaráin is a writer rigorous in his attention to detail, balanced with compassion for his subject. He moves the reader effortlessly along on a journey, spinning stories rich in mythology and weaves them through the account of Cúchulainn’s life in seamless accord. 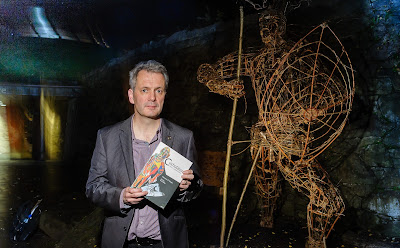 Illustrated with paintings from Dara Vallely, the physical book is magnificent to behold. The robust imagery engages our innermost tribal essence, freeing our minds-eye and transporting us to an ethereal plane. Fantasy melds with lucid narrative as together Ó Ciaráin and Vallely depict the mystical conception, life and death of our hero in this vivid meeting of worlds. 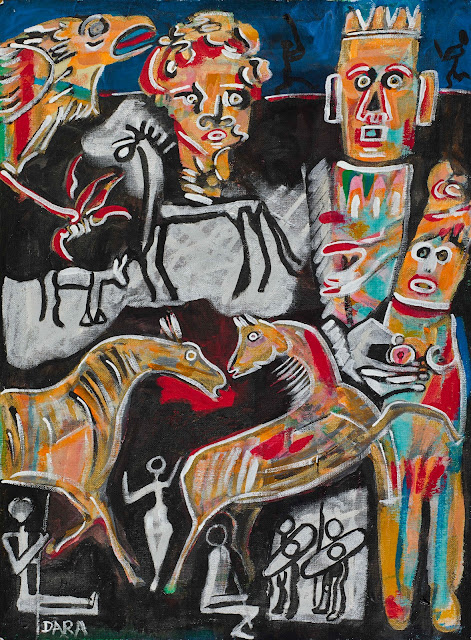 Based on the modern Ulster Irish language version, Laoch na Laochra also by Ó Ciaráin, the writing in this text retains the authentic flavour of locale by using the Irish place names. An effective appendix helps the reader keep track of people and places in the story. A resource that is particularly useful and engaging due to the pronunciation guidelines, and not being proficient in the Irish language, I welcome its gentle nudge towards my education in my native tongue.

The translation doesn’t feel forced. The words flow with ease and grace retaining the essence of storytelling from a bygone era in stunning and dramatic expression that refuses to skirt around the violence of battle.

Even with the ethereal quality brought in by the otherworldly characters, there is a sense of historical accuracy. We can appreciate how Iron Age people must have relied on their belief in the supernatural in the absence of scientific fact to explain the wonders of their world. The embellishments and exaggerations over time and numerous recounting of the tales, add to the wonder and mystique of the legends they have become. 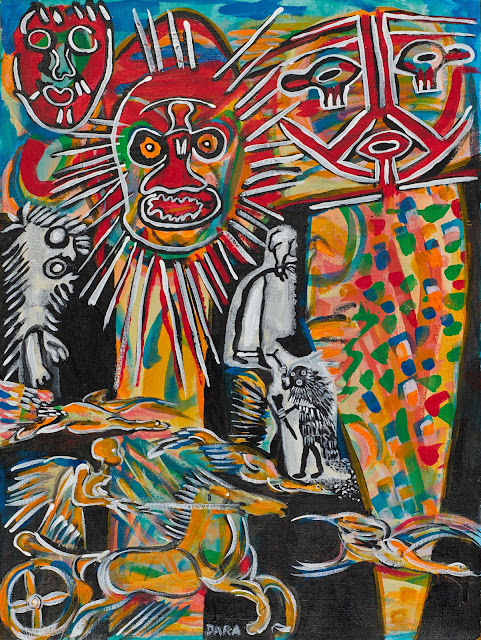 This account begins with Cúchulainn’s conception. The Celtic god of harvest claims his paternity in a dream to Cúchulainn’s mother.

When the child, originally named Séadanda, is born, he is deemed special, as prophesied by the chief Druid. Séadanda receives special education and training as he grows up in Dundalk. He grows up listening to tales to the great warriors of Ulster and yearns to be one so much so that he takes off on foot by himself and heads to Eamhain Mhacha  (Navan Fort) in Armagh to join his heroes, the Craobh Rua warriors, based there.

The young warrior, Séadanda earns a new name when he, in self-defence kills the hound belonging to Culann, the master smith and weapons maker for the Craobh Rua. Séadanda promises to act as Culann’s hound until a replacement can be found and thus becomes Cúchulainn – the Hound of Culann – often referred to as the Hound of Ulster.

Ó Ciaráin spends a lot of time chronicling the feats and achievements of the young warrior. Once Cúchulainn is gripped by an ‘anger-frenzy’ no man is safe, sometimes not even Cúchulainn himself such is the energy of the great powers he unleashes during these frenzies. On many occasions, Cúchulainn has encounters with spirits from the ‘other world’ who serve to both guide him and torment him depending on if they are friend or foe.

We meet the beautiful Eimhear, the great love of Cúchulainn’s life. Her father convinces The King of Ulster to send Cúchulainn to Scotland for battle training, hoping the young man never returns to claim his daughter’s hand.

While in Scotland, Cúchulainn meets Aoife in single combat. He gets the upper hand and she pleads for her life whereupon Cúchulainn makes three demands upon her, one of which is that she bear him a son to be schooled at Eamhain Mhacha like his father. Later in the text, our hearts break for Cúchulainn as he is forced to face his own son in combat.

Having survived his rigorous training in Scotland, Cúchulainn returns for his beloved Eimhear’s hand in marriage. Their marriage has its trials, as one might imagine in Iron Age times with its battles not to mention the spirits meddling from the underworld, but Eimhear and Cúchulainn’s love lasts to the grave.

We are immersed in the stories of Cúchulainn as he interacts with the many characters in Eamhain Mhacha. There’s Bricre whose aim in life appears to be stirring up discord and mayhem; a dangerous game with these Ulster warriors who are prone to descend into anger frenzies. There are entertaining descriptions of not just the warrior’s competition for prime position among themselves but also the rivalry between their wives for prestige.

A large portion of the book details The Cattle Raid of Cooley. When Méabh, the Queen of Connaught craves more power, she decides to invade Ulster and take possession of the prize bull of Cooley. Cúchulainn must defend Ulster on his own due to his fellow warriors being laid low by a curse.
Attack after attack, Cúchulainn prevails but each time at great emotional and physical cost to him. Eventually, he must fight his best friend, Firdia. Réamonn Ó Ciaráin remains true to his narrative style while evoking a strong emotional response in the reader as he depicts Cúchulainn carrying Firdia’s body, dead by Cúchulainn’s own hand.

By the time we get to the final part of the book, entitled The Death of Cúchulainn, we know we must prepare ourselves to say goodbye to our hero. It is an emotive section, even with Ó Ciaráin’s consistent use of a narrative style that serves to document story more than manipulate sentiment. Suffice it to say, I had to blink back tears as I read the Hound’s last words, “…Tell Eimhear that it was her who was in my thoughts at the end.”

We grieve with Eimhear as she laments over the grave of her beloved Cúchulainn. 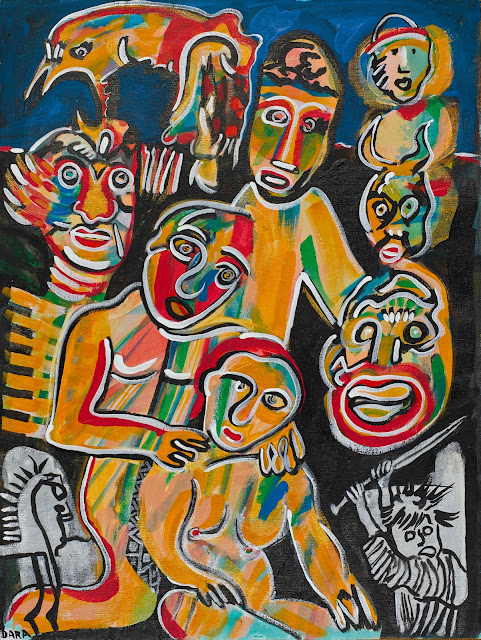 No review of this book would be complete without mentioning the role women play in this chronicle. Ó Ciaráin gives equal weight with consideration and sensitivity to the prominence of powerful and influential women such as Eimhear, Queen Méabh, Aoife and her nemesis Scáthach who trained Cúchulainn in his battle skills in Scotland – yes, that was a woman.

In sections of the book, indented passages indicate poetry which I suspect Ó Ciaráin has preserved in its original or as near to original form as possible. Being no expert in poetry, ancient or otherwise, I feel unqualified commenting other than to say that I feel it lends the narrative a definitive heft of authenticity, which, even though the words are English, whispers with the music of the Irish Language. 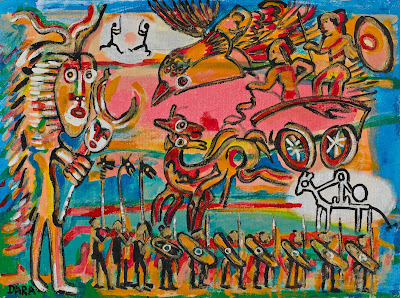 Reading this type of literature was a new experience for me. Its novelty served to enlighten and excite my imagination. I wholeheartedly value its vibrant legacy. I picture these characters existing here, in this place I call home. It reinforces my sense of living in a historically important place. No drive to Dublin will ever be the same again. As I view the stretch of road between Armagh and Dundalk or Muirtheimhne with eyes educated by this text, I think of the battles that took place here and the bloodshed sparked by a bull that symbolized more than a just a bull. And above all, I tunnel back through time to imagine Séadanda as a young boy striking out across these fields and mountains towards his epic destiny at Eamhain Mhacha (Navan Fort, Armagh).

Review by Byddi Lee
Copies can be purchased online from the Gael Linn shop.