The Spirit of Christmas Past

There’s a vicious want in the child’s eyes. She’s standing there in a fever of longing, and you know, you just know, that if she and her brothers don’t get every damn item on their letter to Santa there’ll be a meltdown. But there’ll be a meltdown regardless because no amount of money or begging is going to fill that last request. Maybe you shouldn’t get anything from their list at all. Blame that fecker Santa. Tell the kids Santa must have mixed up the letters. But what would be the point in that? They’d be worse off thinking that Santa gave some other kids what they wanted most. And your heart breaks because you want it too and you can’t have it either.

Your weird chat about trade unions last week makes so much sense now. Your daughter, two years senior to the five-year-old twin boys, has decided there is more power in solidarity. She’s convinced that this joint letter will bring them their heart’s desire.

Your eyes fill at the wobbly words. The three bikes are easy, pricey but hell, after the year they’ve had, sure feckit. The Paw Patrol Sea Patrol was an obvious concession to the boys. She only puts down two of those and one LOL Surprise Big Surprise for her. That had you in a sweat. You knew it would be tough to source my sister in London came up trumps on that one.

But that final line broke you.

In her best writing, with a fair bit of rubbing out and redoing, she’d written and underlined, “Please please Santa could you call for Mummy in heaven and bring her home to us on your sleigh.”

The Spirit of Christmas Present

Joan walks slowly, trying to avoid the puddles. Her shoes let in and even though she thinks her nyloned feet can’t get any colder, slowing down might help decrease the throb in her joints. If she could just get someone in the housing executive to listen, to fix that broken heater in her bedroom, maybe she’d get a good night’s sleep. The sofa wrecks her back, but at least she doesn’t cough as much in the living room as she does in the chilled air of the bedroom.

Three young ones barrel by. They don’t touch her but she wobbles. Amid a fizz of panic, she stops to steady herself. If she goes down, who would pick her up? Maybe she’d get a few days in a warm hospital. Maybe her son would take time from his fancy life in London to visit her.

She only came out today because she wanted to see the Christmas lights in town and it’s mild. Milder than last week, when the snow sent slivers of ice into her very marrow. Thank heavens for the thaw and the wee bit of winter sun, gaudy and ineffective it may be, but it still gives her a lift.

The chemist shop is warm. She hopes there a long queue but not too long that she can’t get a seat. Long enough to warm up though. Thank God, her prescriptions are free. But the pain of her arthritis doesn’t bite nearly as deep as loneliness. Was there a prescription for that?

The Spirit of Christmas Future

So many on the streets. Cold, continuous, freezing hard all day. God, what must it be like at night?

I want to help. But I’m scared. I’m speaking a different language, in my North Face down-jacket and my Calvin Klein handbag. Different worlds, close proximity. Are they judging me as I try not to stare, try to avoid eye contact? Why do I care as I traipse up the stairs – I’m to fat to allow myself to use the lift – to my cosy apartment on the fourth floor?

It’s ridiculous that I care what these strangers think of me. But the truth is, I care about what I think of me, and as I put myself in their positions, however inaccurately, I then become my own judge and jury. I have to get out of London, be somewhere where I don’t feel so guilty. Charity begins at home, doesn’t it? I want to be with my brother, back home, comforting him in his grief, but I have to be here, where I’m making the best money, living the best life. But is it the best life?

I’m mad now at myself. The apartment is too warm, too clean and too empty. The dining table stretches out from our “spots” at the corner. Too big, much too big for just the two of us.

I’ll tell my husband tonight about the tickets.

I need to go home. I need to see my brother, my niece and nephews more this Christmas than ever. An aunt is no substitute for a mother, a sister not the same companion as a wife, but we’ll all benefit from a hug and time together, this first year without my sister-in-law.

I also suspect, my mother-in-law isn’t doing as well as she claims in her cool weekly Sunday morning calls.
“Don’t let me keep you back from Mass,” she says every week.
“Don’t worry,” we answer too quickly. “And how are you?”
“Fine, fine,” she says, also too quickly.

The apartment door opens. A cheery “Hola.”
I roll my eyes. It’s all the Spanish he knows, but he’s trying out that Duo lingo app. Last week it was Russian, God help us

I open my laptop and say, “Honey, please don’t get angry but these came up and they were such a great deal and we both have a few days to take and I just thought…”

His face drops. He purses his lips, scans my screen, scratches his head.

I hate arguments but I need this.”Say something.”

I can barely breathe as he places his laptop in his “spot” and waits as centuries pass for it boot up.
“It’s okay.” He smiles. “Mine are refundable.”

Joy swells to bursting. The orange Easy Jet logo lends a glow to his smile, or perhaps the glow is the intense love I have for this man in this moment. 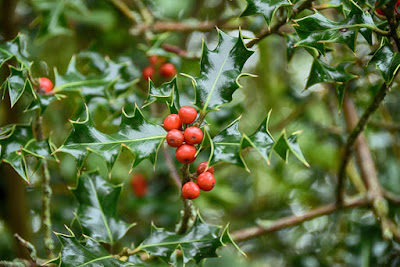 While the above stories are all complete works of fiction, I hope it serves to illustrate that we all have a different version of Christmas. For many, it’s a hard time in ways we can’t imagine. Let’s at least acknowledge this for the broken heartened, the lonely, the victims of violence, those who suffer at the hands of addiction and for those who, for whatever reason, find it hard to celebrate Christmas.

There are ways to help. How each of us does so is up to ourselves. But a smile, a kind word, a visit can be worth pure gold when we don’t even realize it.
However, I also want to say that human kindness should be for life – not just for Christmas.

2 replies to A Little Flash Fiction Trilogy for Christmas