We had a late-afternoon, direct flight out of Auckland back to California (into SFO not San Jose but close enough!) So we could do one thing in Auckland, just one thing… 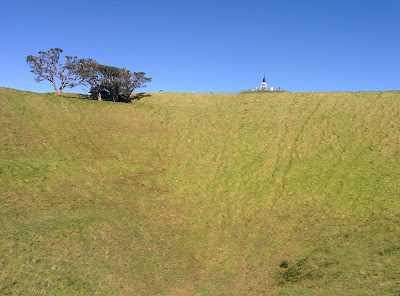 Go see a volcano  (of course-duh!) 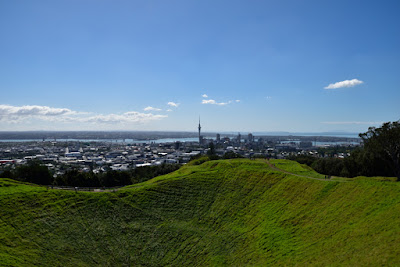 From Mount Eden you get spectacular 360 degree views of Auckland. 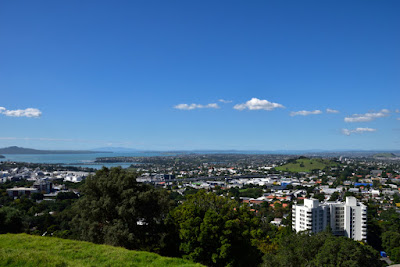 It is the highest natural elevation in the city. 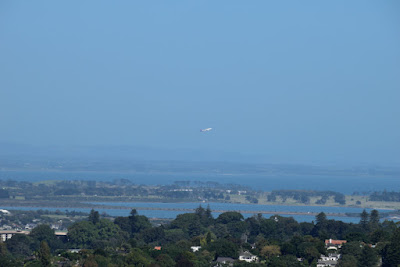 I would also recommend visiting the Sky Tower (I did that last time.) 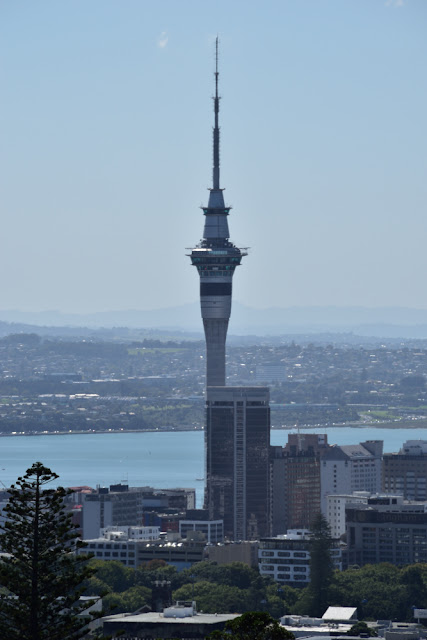 From Mount Eden you feel like you can reach out and touch it! 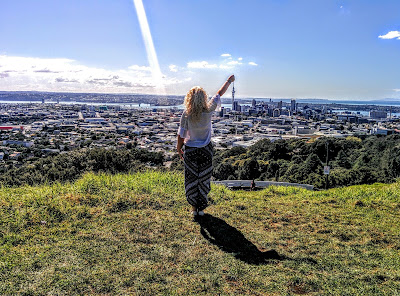 It is taboo to actually go inside the crater of the volcano according to Maori culture. It was nice to see everyone respecting that. 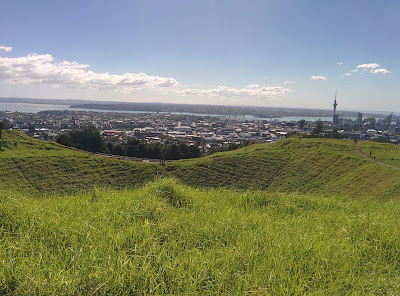 We spent about an hour here. A much nicer way to pass the time than at the airport. I was sad to be saying goodbye to New Zealand. 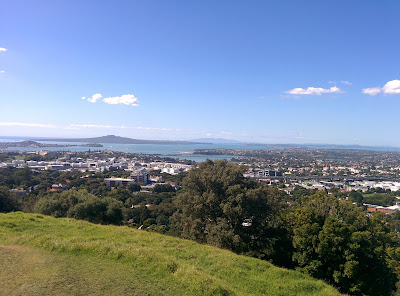 It’s so far away, and I’ve been so fortunate to visit twice that I know it is unlikely I will ever be back. That thought choked me up a little. But never say never – perhaps if they invent teleportation…

It had been an amazing trip. Even better this time round, sharing it with My Husband. Alas, it was time to go back to our home in San Jose where the garden was waiting impatiently for us, having been very busy during the rainy season while we were gone. 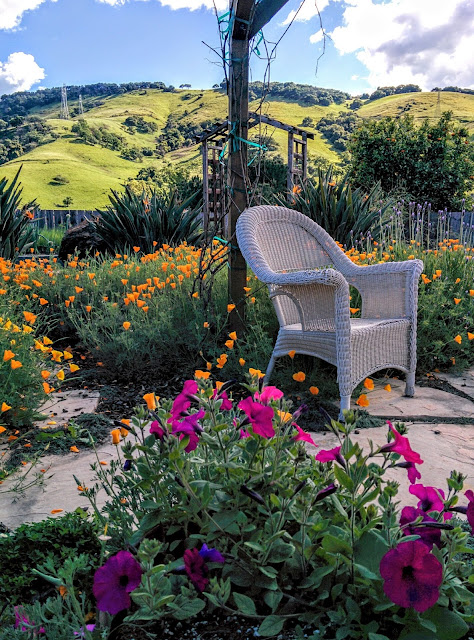