Our destination was the Bay of Islands, north of Auckland. There is a lot to see and do up here. You can dive the Rainbow Warrior, drive up 90 miles beach, slide down sand dunes, see where the Tasman Sea meets the Pacific ocean at New Zealand’s northern most tip. I’d done all that last time – this time I was here to relax. It was our last stop on an amazing 7 week odyssey that circled a huge portion of the Pacific Ocean. We needed the rest.

We stayed for three nights in Paihia at the Beachfront Pacific. It was on the edge of town, right across the road from the beach. 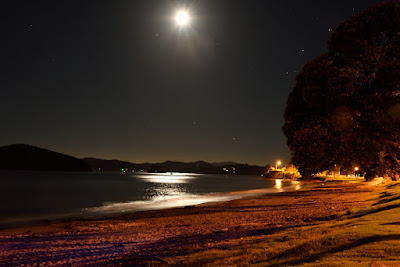 The beach felt like a private one, it was so empty – except for one late afternoon when we came across a dozen Irish lads. I knew they were Irish immediately because two were playing hurling on the beach while the rest of them cooled off their sun burn by standing waist deep in the water, chatting, laughing and at one point even singing! Gotta love the Irish lads!

But aside from the odd Irish invasion, we had the place pretty much to ourselves, though the locals were very friendly. This guy was a rescue dog – as in “search and rescue” and he loved to play on the beach with pretty much anyone who would join in. 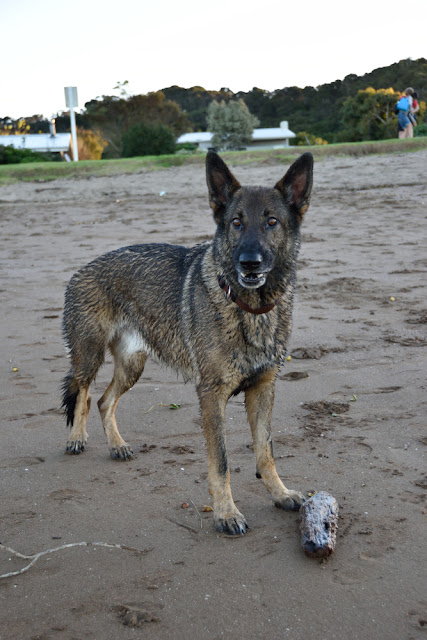 He soon had My Husband well trained at throwing the the stick! 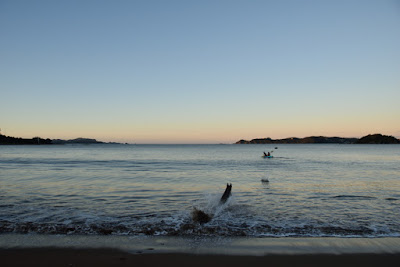 We’d been promising ourselves a helicopter ride and this was the place to take one – out to see the “Hole in the Rock.” I’d been out before on the R. Tucker Thomson when I’d visited in 2003, but to see the Bay of Island from a helicopter was a real treat. 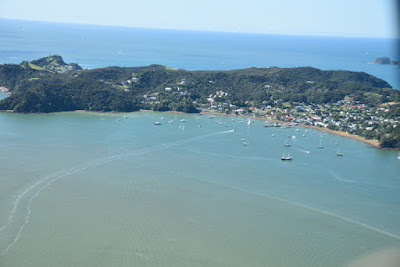 In the photo above you can see where the recent rains has washed sediment into the blue waters near Paihia but not reaching the town of Russell, across the bay. 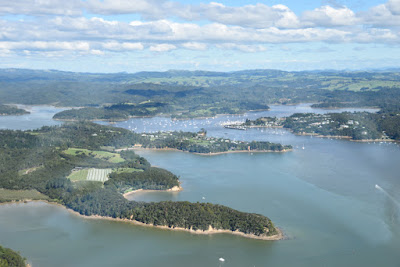 Further out the water is clear turquoise. 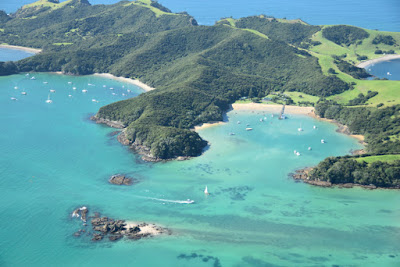 You could see so much from the air – even this gigantic shoal of fish was so clear. 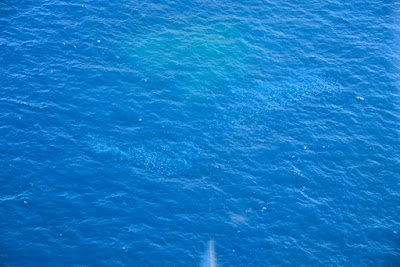 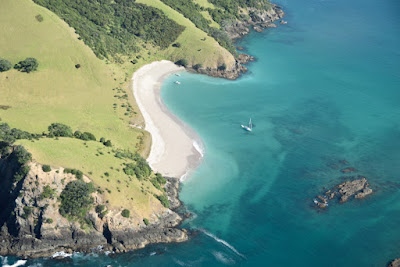 That didn’t stop me from zooming my camera in for a closer look! And the Hole in the Rock – spectacular! 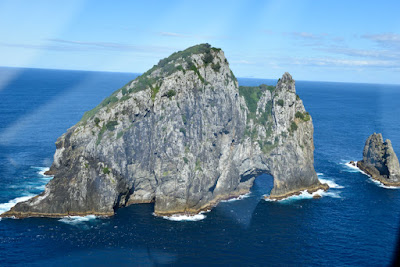 The following day, inspired by all we had seen we took a  boat out to Otehei Bay where I found my Goldilocks Spot – the air temperature not to cool not to hot, the sea the perfect temperature for swimming… 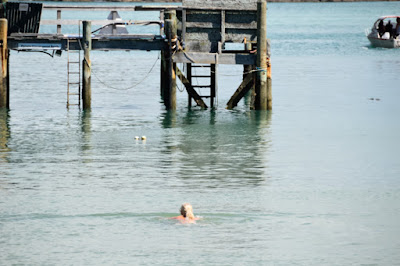 And this view to sustain me when far from the ocean in a drought stricken land. 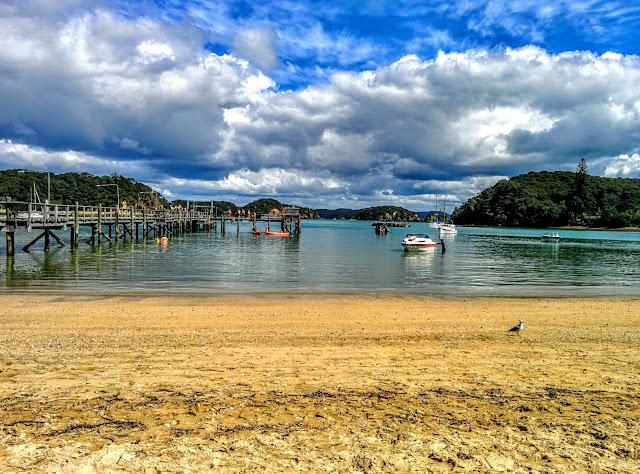