Port ship actually docks at: Sihanoukville and tendered ashore
Attraction/Town you are aiming to visit: Sihanoukville
Distance from Port: within 3 miles – you could probably walk from the port.
Mode of transport we used: Minibus via ship’s tour
English spoken by locals: Some
Ships tour necessary? No – but we were feeling lazy and took one
Hassle from merchants and taxi drivers: some on the beaches 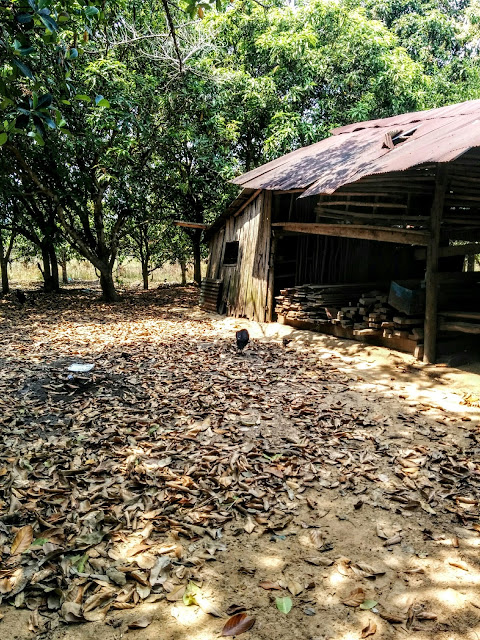 It it’s heyday Sihanoukville was once a happening seaside resort visited by the jet set, and it is very proud to have hosted Jackie Kennedy on her tour of Cambodia. However, those days were short lived as war tore the country and its people to shreds. It suffered further at the hands of the Khmer Rouge, and is only now starting to recover from that violent era.

I have to admit I was nervous about Cambodia. I’d been warned about the poverty making the likelihood of theft high – I can’t say I’d blame them. I couldn’t imagine what it would be like to be scraping together a living, yet see wealthy people, by comparison, strolling around in my village.

The people here have suffered physically, economically and emotionally. I felt that guilt that I get sometimes when I consider how lucky I’ve been in my life compared to the harsh conditions other humans have had to deal with. I’m sorry I can’t fix it. It’s easier to be an ostrich and bury your head in the sand, but doesn’t that then make you an accomplice of sorts? These questions haunt me a lot – especially when I travel and see first-hand that I have lived a five star life. Why me? I often wonder, closely followed with gratitude for what I have.

Perhaps if I’m honest, I felt that a ship’s tour would be the best way to experience the place from a distance. That buffer, which I usually despise in other ports, would be of use in this case.

As I glanced through the ships literature about the tours, I noticed that they had posted up a new tour that hadn’t been offered before – a canoeing tour. It looked perfect and even My Husband, who is not keen on water sports, liked the look of it. 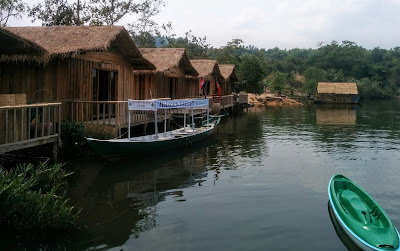 We didn’t take the big camera onshore – it might get wet or worse, stolen. We just used the cameras on our smart phones and even then tried not to be to flashy with them, not to mention we kept them sealed in baggies while in the canoe for obvious reasons, so our photos do not represent just how great this trip turned out to be.

Our guide collected us and right form the start he met us with sincerity and warmth. Nothing was too much trouble. His English was perfect, and it was clear that he was genuinely taking pleasure in explaining his homeland to us. It was great. He knew all about the plant life we passed and showed us how the palm fronds were woven to construct the huts. 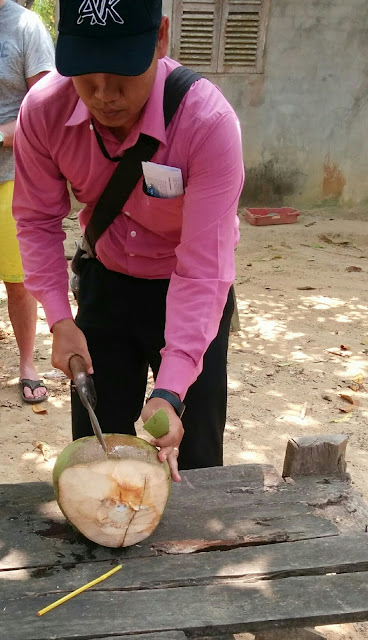 After taking in the peace and tranquility of the river from the canoes, we beached on a sand bank and went to a coconut farm where we each got a coconut to drink. When all the milk was finished, he produced a fearsome machete and cleaved each coconut so we could scrape out the coconut meat – delicious! The baby chicks were happy to help finish off what we couldn’t. 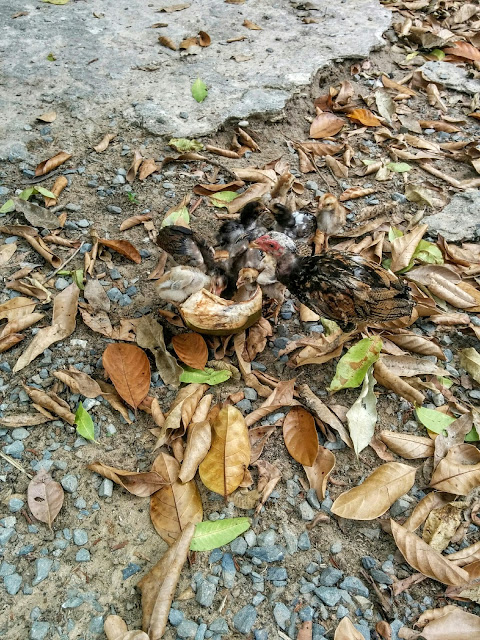 Our guide showed us cashews growing on the trees too – something I’ve never seen before. 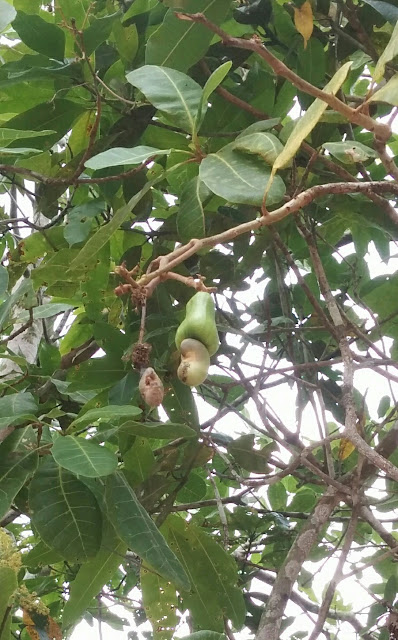 The tour cost only $40. We figured this was because it was new. There was only ten of us and the small group was nice. We also had two of the ship’s crew with us. Other cruise folk had been telling us they had signed up for tours to see local houses, local schools, go to wats (temples), beaches etc. We were only expecting to do the canoeing. When out guide told us he would take us next to visit a local family, then a school and finish off with a bit of time on the beach we were thrilled.

The family we visited lived in a traditional wooden house on stilts. The area beneath it was used for storage or to hang out it since it provided shade. Inside the house was mostly the sleeping area. 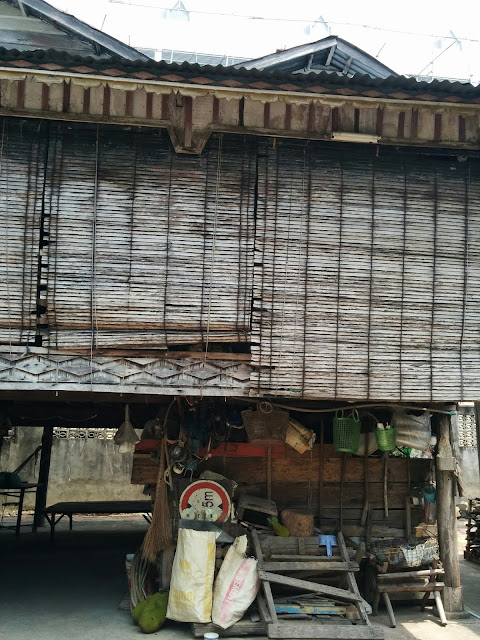 The kitchen was in a separate shed out the back. Traditionally they cooked over a wood fire using a stove like this, but you can see they also had a gas stove too – progress, I guess. 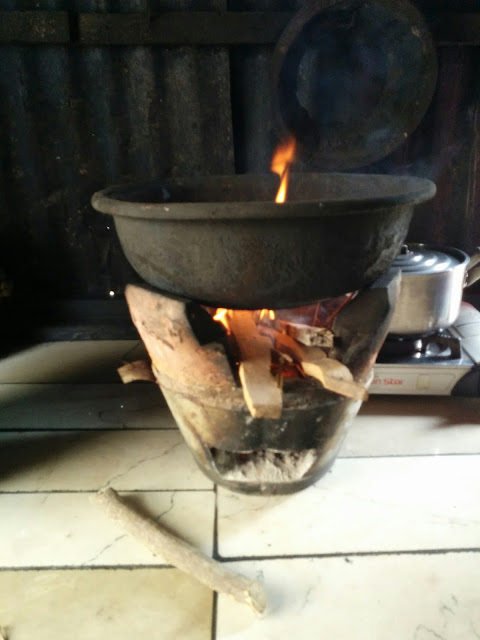 The bathroom was in yet another separate shed – very clean, though it was a squat toilet – something I think I could get used too if my thigh muscles held up!

Next up was the school.There were about 4 classrooms, each opening directly into the yard. School had two sessions, a morning and an afternoon session. Kids either went to one or the other and so no need for a canteen as they were home for lunch. 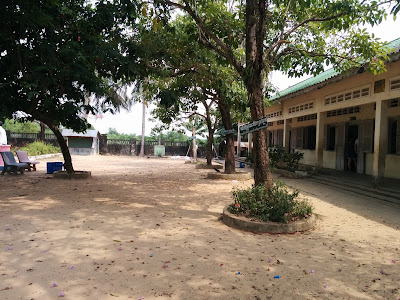 No ipads or interactive whiteboards here, though to be fair, I had none of that when I went to primary school and look how well I turned out! 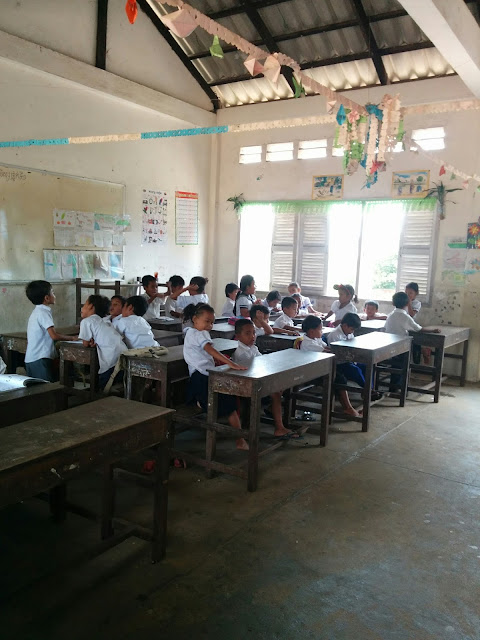 The kids were cute – Especially since I wasn’t the teacher this time!

All along the guide discretely let us know that tips were not mandatory but that anything given would be greatly appreciated. At no stage did we feel we were being pressed for money.

The guide dropped us off for a half hour at the beach – plenty of time for those of us who wanted a swim. The water was like a luke-warm bath. It was a salty but happy group that drove back to the port.
We said our goodbyes and felt like we were leaving a friend, our guide was that  good. I tried to look up that tour again – it was so good and such great value for money, but strangely I cannot find it on the Princess site nor any other site – a magic tour perhaps!
Byddi Lee
Filed Under : Cambodia, Sihanoukville