The Marina Bay Sands is a spectacular hotel that dominates the downtown Singapore skyline. It resembles a boat carried aloft on three huge waves. Weather or not that's what it's supposed to like is a different matter - that's what I see in it and art is in the eye of the beholder. In Singapore the buildings are art! 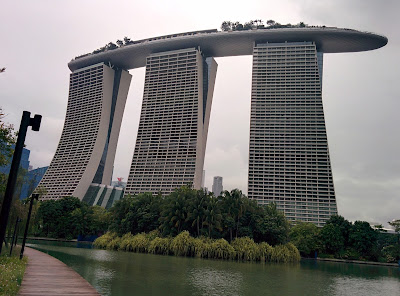 I really wanted to go to the top. There is an observation deck at the top called the Skypark. It costs S$23 to take an elevator to the top and walk about. I'd also heard there was a restaurant up there and an infinity pool. The infinity pool was only for  guests of the hotel. Unfortunately the budget didn't quite stretch to that, but I wondered, could we stretch to lunch up there?

There are three towers in the complex, and off course, we went to the right tower to buy the tickets for the Skypark, only after we'd gotten lost in the the first two.

At the ticket desk, just as we were about to pay, I asked the guy about the restaurant. Turns out you don't have to pay to get up to the restaurant, Ce La Vi, which is one level above the sky park. The Skypark has no seating - it's just a huge observation deck. We checked the prices on the menu and spotted a tasting menu that cost S$48++ (don't know what the ++ meant but it only cost us S$48 each).

So it was pricey, but everything in that part of town was, and if you subtracted the cost of a ticket up to the skypark, add to that the idea that we could sit down and absorb the view over lunch - well, it was a pretty good deal...


We could see the Flower Dome and the Cloud Forest from our lunch perch, and the food was spectacular. Our waitress was amazing and she tailored the messages with dessert to each of us. 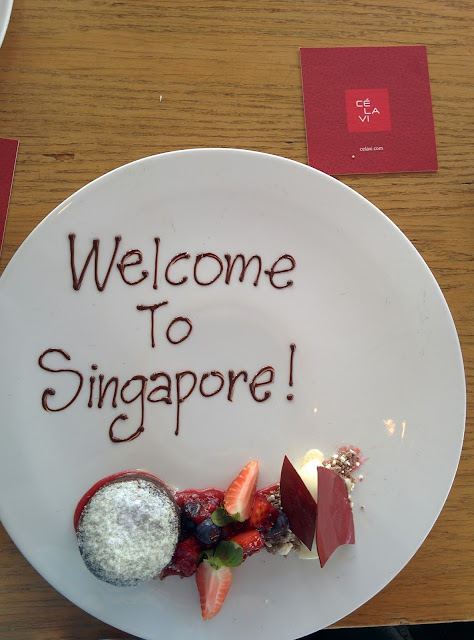 This was mine as it was my first time in Singapore. Allan had been here on work before but not to Ce La Vi, so he got... 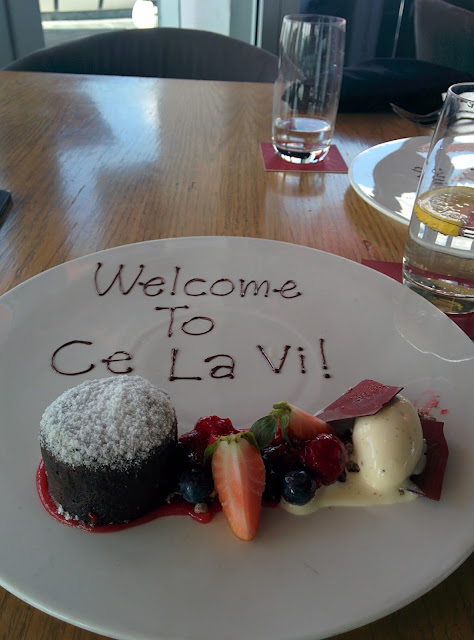 After lunch, we wandered around the patio, overlooking the sky deck... 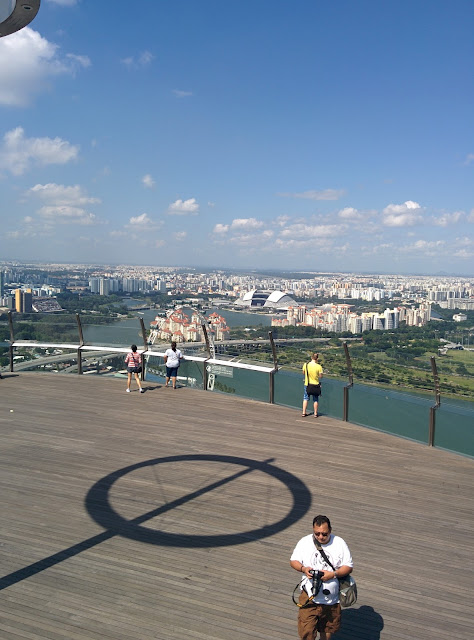 ...and took in the sights of Singapore. 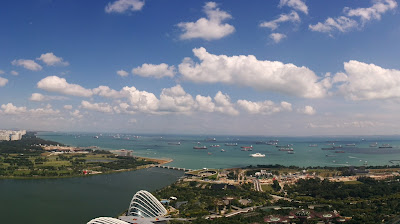 I should add that these are all shots straight from my phone. We took a lot on the Nikon, but haven't had a chance to sort through them. I just wanted to get the blog post done before I forgot too much of the experience!

After lunch, we wandered around the Marina Bay Sands and surrounding area - pretty much just wandering aimlessly and following where our feet took us (so to be honest I'm not exactly sure where this place is or how to find it again.)

We discovered a Venice-like basement... 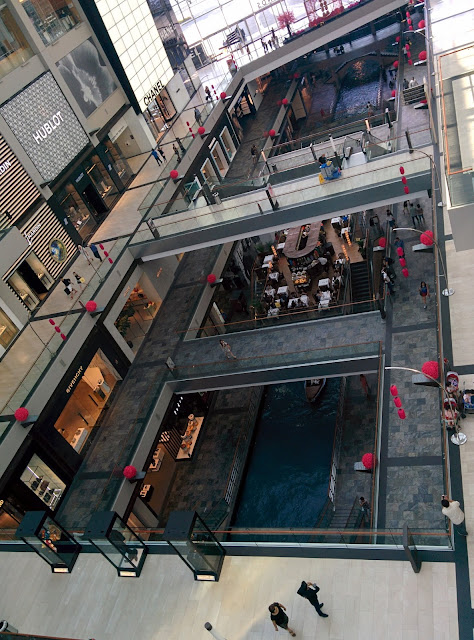 Rain water collects in basin on the outside patio... 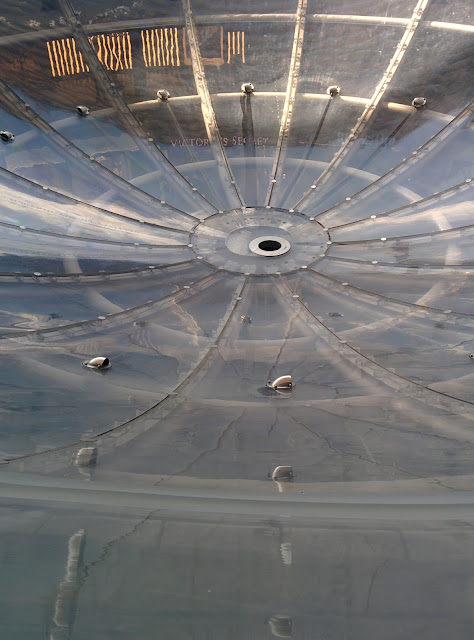 And feeds into the underground canal - complete with gondolas! 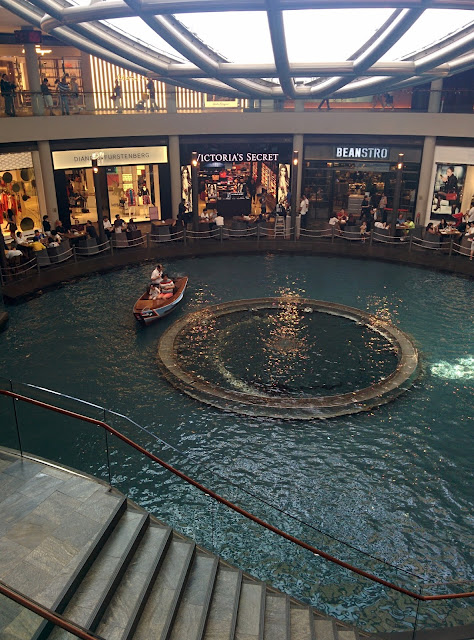 Surreal but very fun to explore. Outside we found a building shaped liked a lotus flower! It was the Science Art Museum. 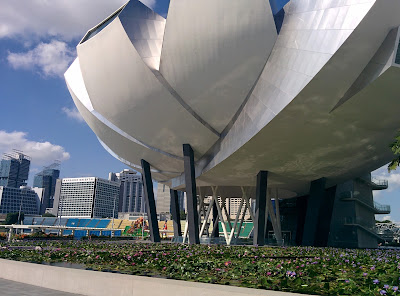 There really is so much to see here - you can walk for miles and find something to amaze at every turn!

And I've hardly started blogging about it all yet...