I don’t know what AT&T did to Tonopah, but someone took the hump, and now it’s the only Cell phone provider that does not have service there. Bummer for us, but luckily the Mizpah had WiFi, and the car has its own navigation. It’s a bit dopey and somewhat grumpy. It doesn’t speak to us like Jane does, but it gets us there!
The Mizpah was beautiful inside – I mentioned this already in my last post, but I only took the photos this morning.
This is the business center! Just kidding. They had lots of beautiful old furniture and “olden days technology” on display everywhere. 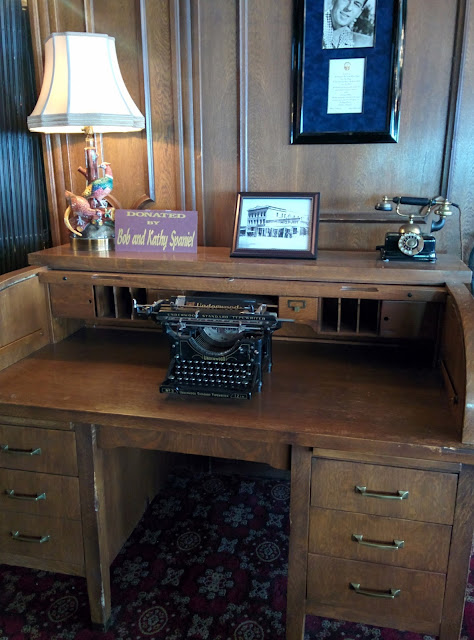 The Cafe where we ate dinner and breakfast. 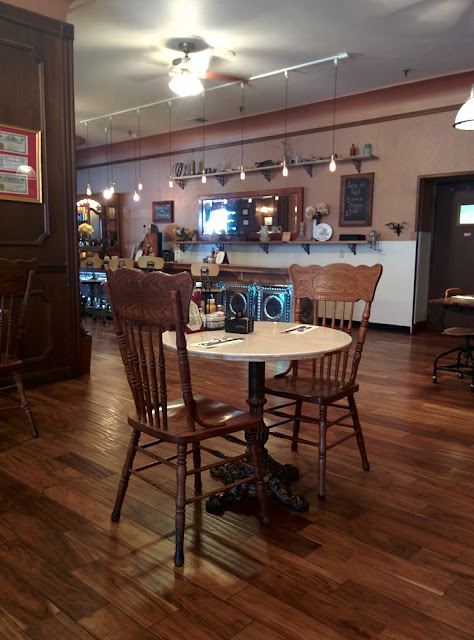 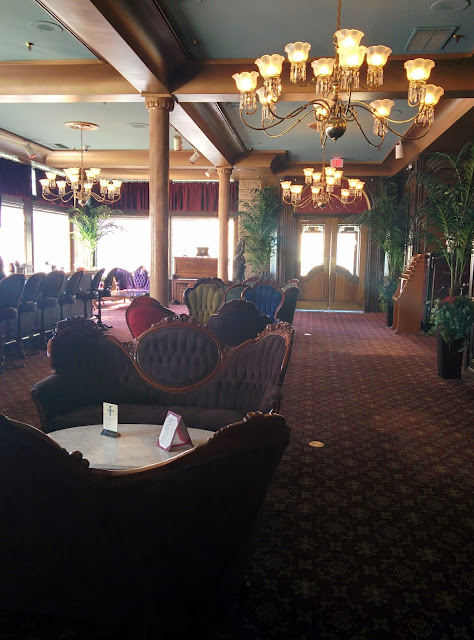 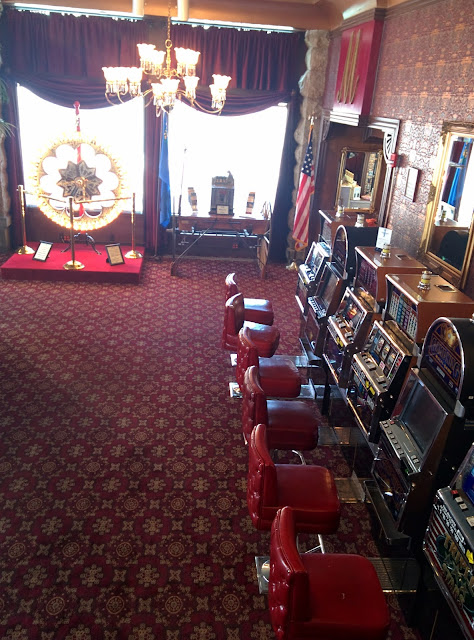 We couldn’t leave town without having a mosey about. There isn’t much to Tonopah, but it’s cute. A nice stop on a long journey.
There’s is a mining museum with tours… 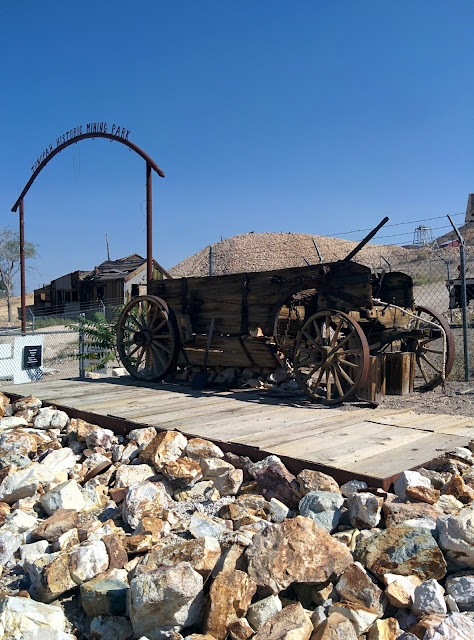 A fire station…that didn’t really inspire confidence…but at least they’re next door to the water company. That should come in handy. 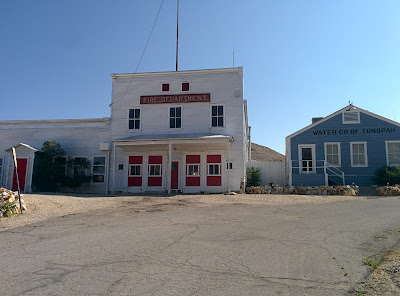 And we just had to visit the Clown Motel… 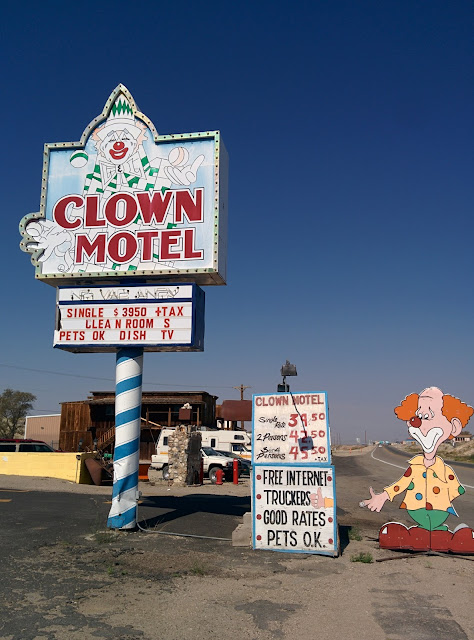 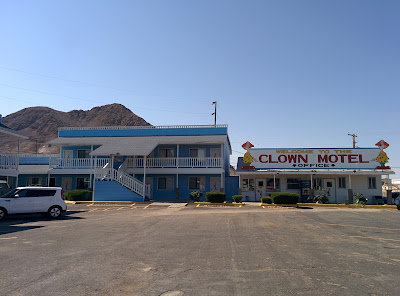 …and right next door we could pay our respects at the Miners Graveyard, which is harder than you’d think what with having all those crazy clowns at your back. 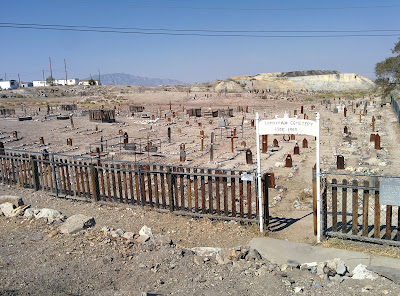 When we’d checked out of the Mizpah, the receptionist had explained to us that Nevada is the most desolate state because so much of it is owned by the Government/US Military. That was why there was so few civilian settlements and so much distance between the ones that existed.
As we drove east along Hwy6, we could appreciate this sense of desolation. The scenery alternated between this… 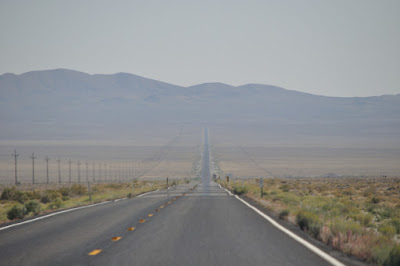 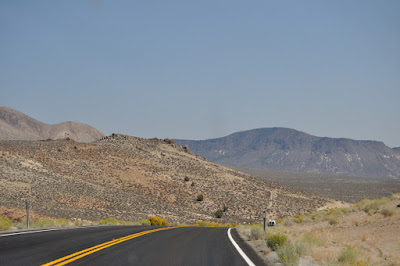 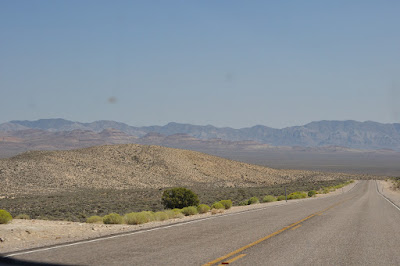 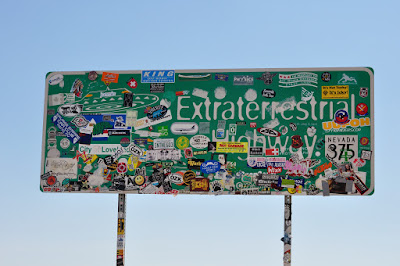 The first thing we saw was this. 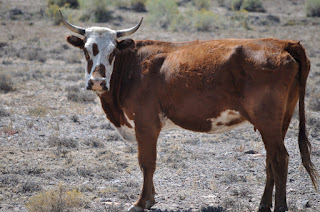 I think it was okay since we’d been warned for miles that we might see one. 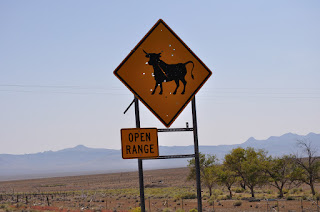 My Husband had great concerns about the dangers of cattle on the highway. My view was that it wasn’t like you’d turn a bend and bang one would be standing in front of you. There were simply no bends in the road! His comeback, “It’s a 70 miles an hour highway!”
We stopped for lunch in Rachel, a tiny town with a permanent population of 84. Area 51is nearby and the restaurant was themed around it and aliens. 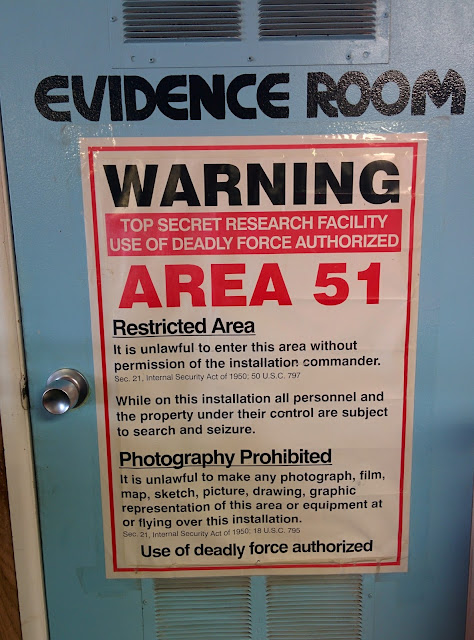 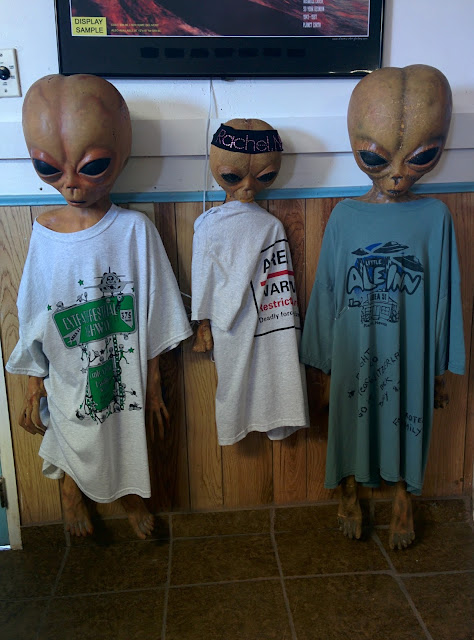 On the way out of Rachel, heading south, we saw two dead cows by the side of the road. My Husband reckons they were hit by cars, but I’m thinking those aliens in the restaurant looked pretty dodgy!
As Nevada merged into Utah, the flat pans became more undulating and green, the mountains more craggy and pinker. 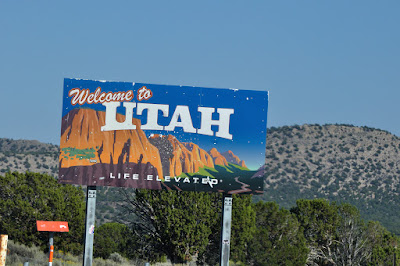 Cedar City, Utah, the biggest town we’d seen since we’d left the bay area, was dwarfed by the huge red hills that rose up behind it. 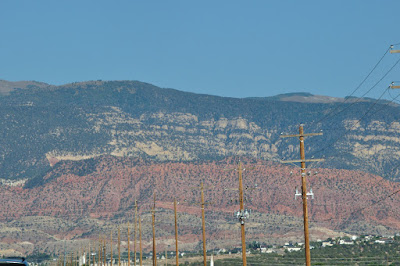 We headed from there to Kolob Canyon Visitors Center only  to discover that the Visitors Center was closed. The sign on the door said it closed at 6pm. I checked my watch. It was only 5pm. And then My Husband said, “I think we’ve crossed into a different time zone.”

Our smart phones confirmed this – they’re smart, you see! We’d driven all the way forward an hour.
Luckily, the road was still open, and we got the first taste of the truly spectacular, jaw dropping vistas that we are expecting from this area. 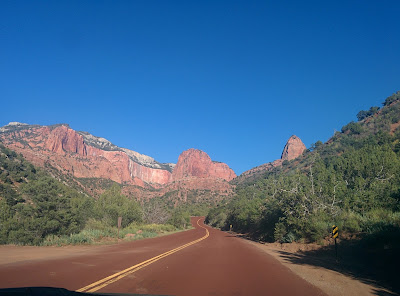 I particularly liked the way the road was colored red too. 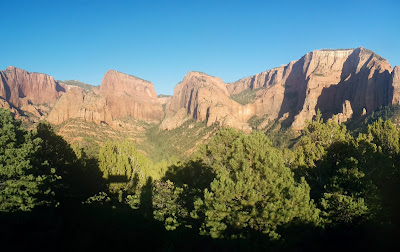 We approached Springdale, Utah with the hills turning deeper and deeper shades of read as the sun dropped below the horizon. Tomorrow, we intend to spend the day just exploring canyons. It may be a pictures only blog, because I’m running out of words to describe how gorgeous everything is!