‘Tommy followed her to the table where Molly was just bringing out the last of the food platters filled with bacon, sausage, potato bread, fried soda bread, mushrooms and eggs. The potato bread was crispy, golden – fried to perfection. The mighty Ulster Fry – heart attack on a plate – would keep their bellies full until dinner time. Tommy’s mouth watered.

“There’s beans too, if anyone wants some,” Molly said.’

I was either very hungry or very homesick the day I wrote page 185 of March to November, but I know one thing for sure – when I wrote it, I had not figured out where to buy Irish bacon in the Bay Area, nor had I discovered the The Britannia Arms on Almaden and their Irish breakfast. 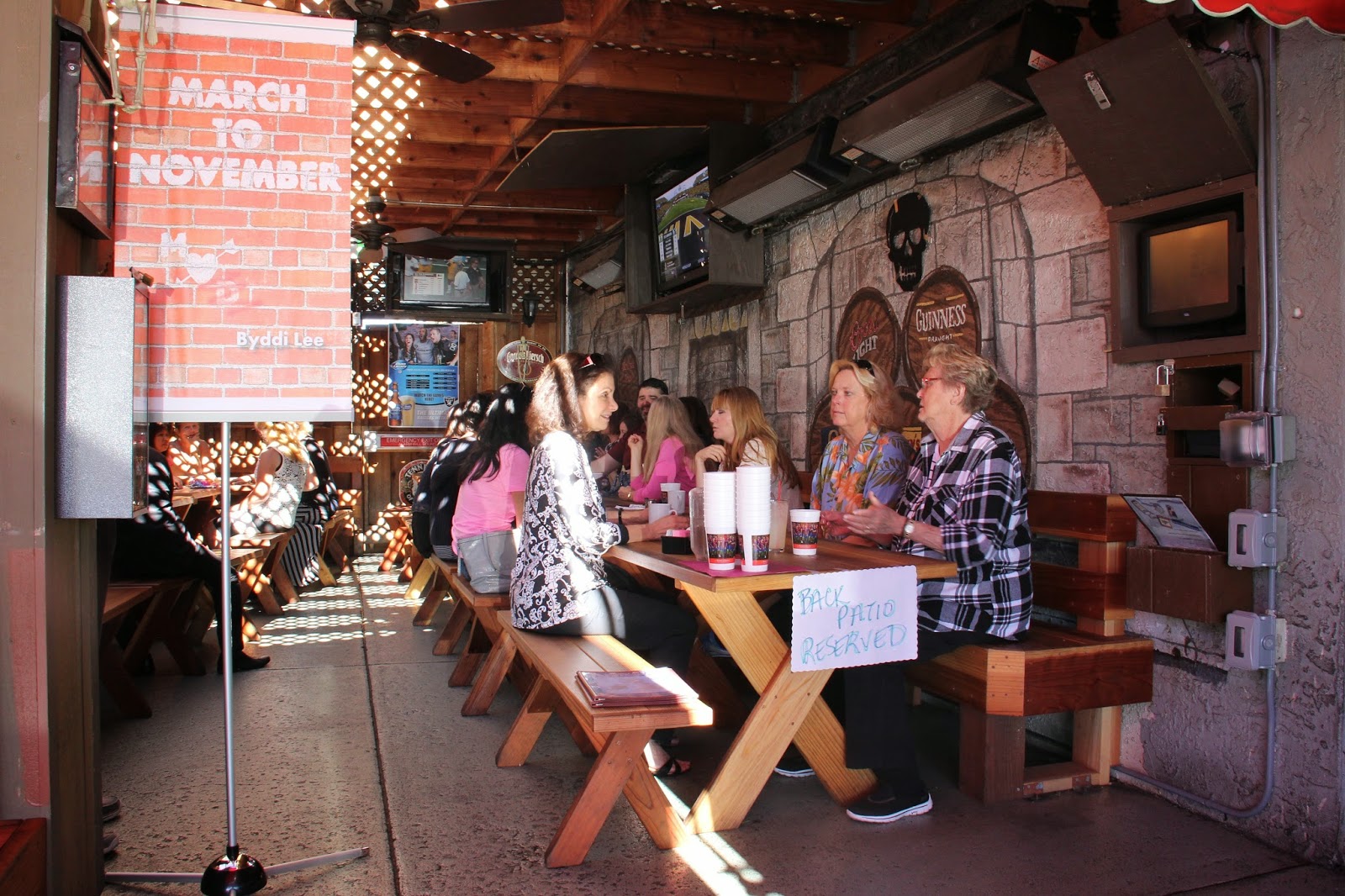 Saturday, October 18th marked the one month anniversary of the release of March to November and to mark the occasion Michael from the Britannia Arms  generously offered to recreate the breakfast from the book. He even requested that I send him the description as it was written.

I was very excited when he said he would make potato scones. I really hoped he was talking about what we called potato bread. Potato bread is my favorite item in an Irish fry, or more specifically, an Ulster fry. Our regional variation tends to include more breads than other versions of the Irish fry. It’s really just potato, flour and butter, mixed together and fried (in bacon fat for the most delicious effect!) Click here for the recipe I use when making it because it’s not something you can buy in the supermarket in California. You can see it in the picture below, the round farl on the right-hand-side of the plate.

Then there’s black pudding. (Mid plate.) It’s an acquired taste and maybe why my characters didn’t bother with it in their breakfast. But I love it, especially when I can’t have it.

The funny thing is that I generally don’t like beans with my breakfast. When I left mine at the side of the plate everyone commented on how even in the book they were an afterthought!

About thirty people showed up. 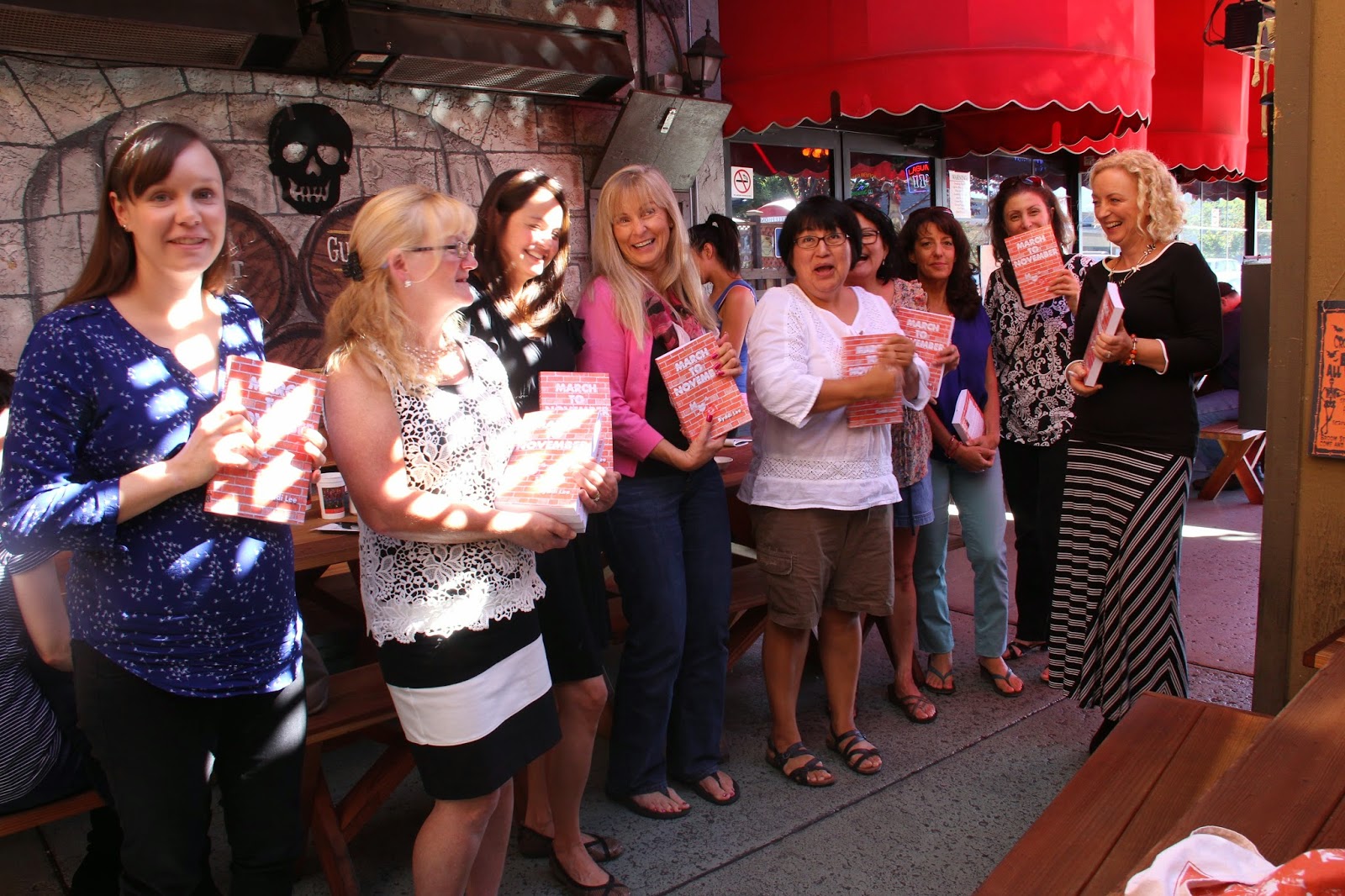 It was great craic explaining some of the food in the fry.

Yes, black pudding is made from pig’s blood – it’s still delicious! And no, probably best not to order a potato “scone” by itself because it’s not really like a scone.

And yes, noon on a Saturday is a perfectly acceptable time to be eating breakfast in Ireland – especially one that has so much food.

And yes, yes, yes, it probably does explain why there is such a high incidence of heart disease in Ireland. But it really, really tastes like a slice of heaven to me and once in a while it’s a treat…right?

The Britannia Arms staff were wonderful, their food only surpassed by their service and hospitality. I’ll be a regular there for sure. 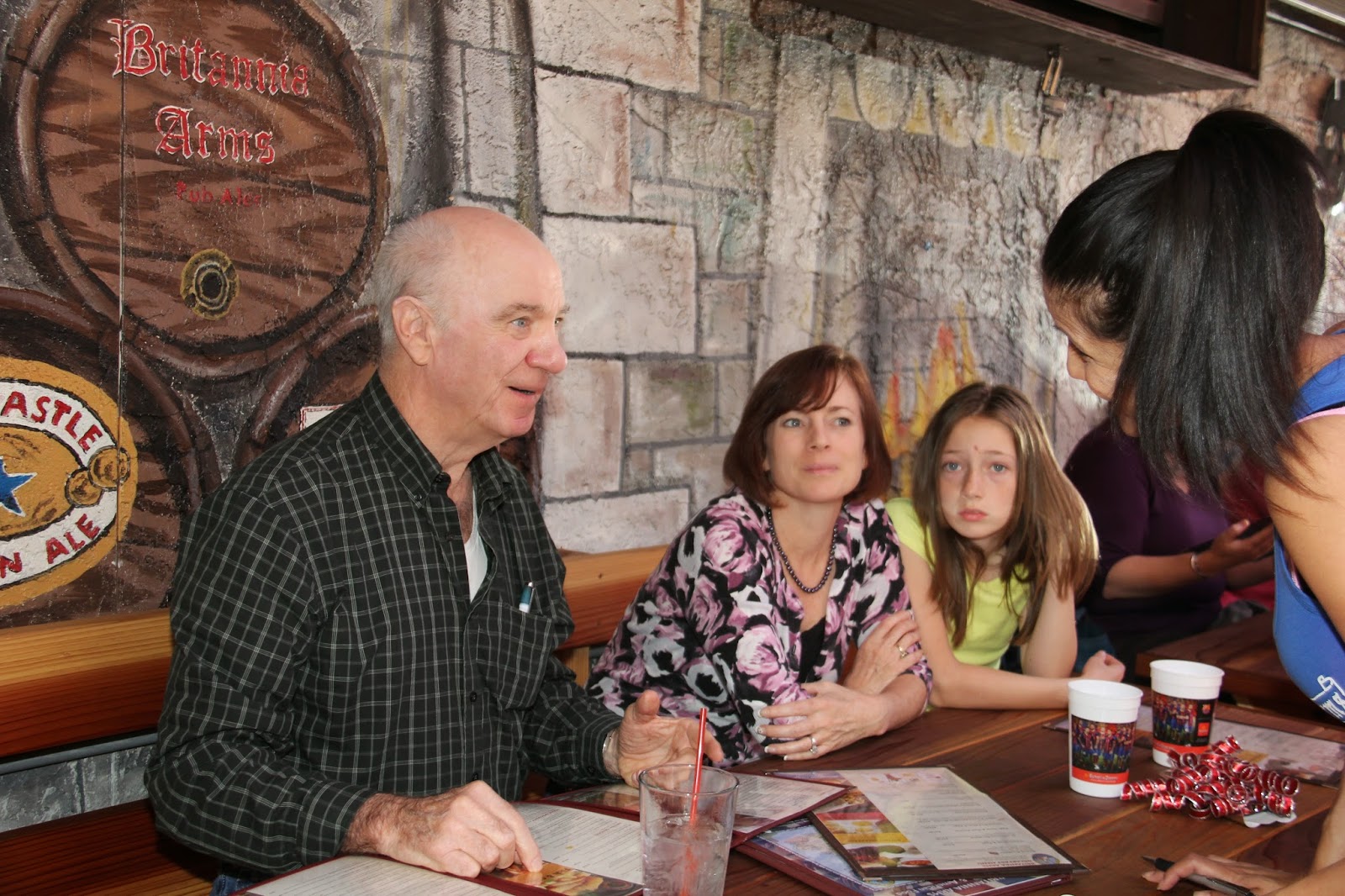 After we’d eaten I signed books. 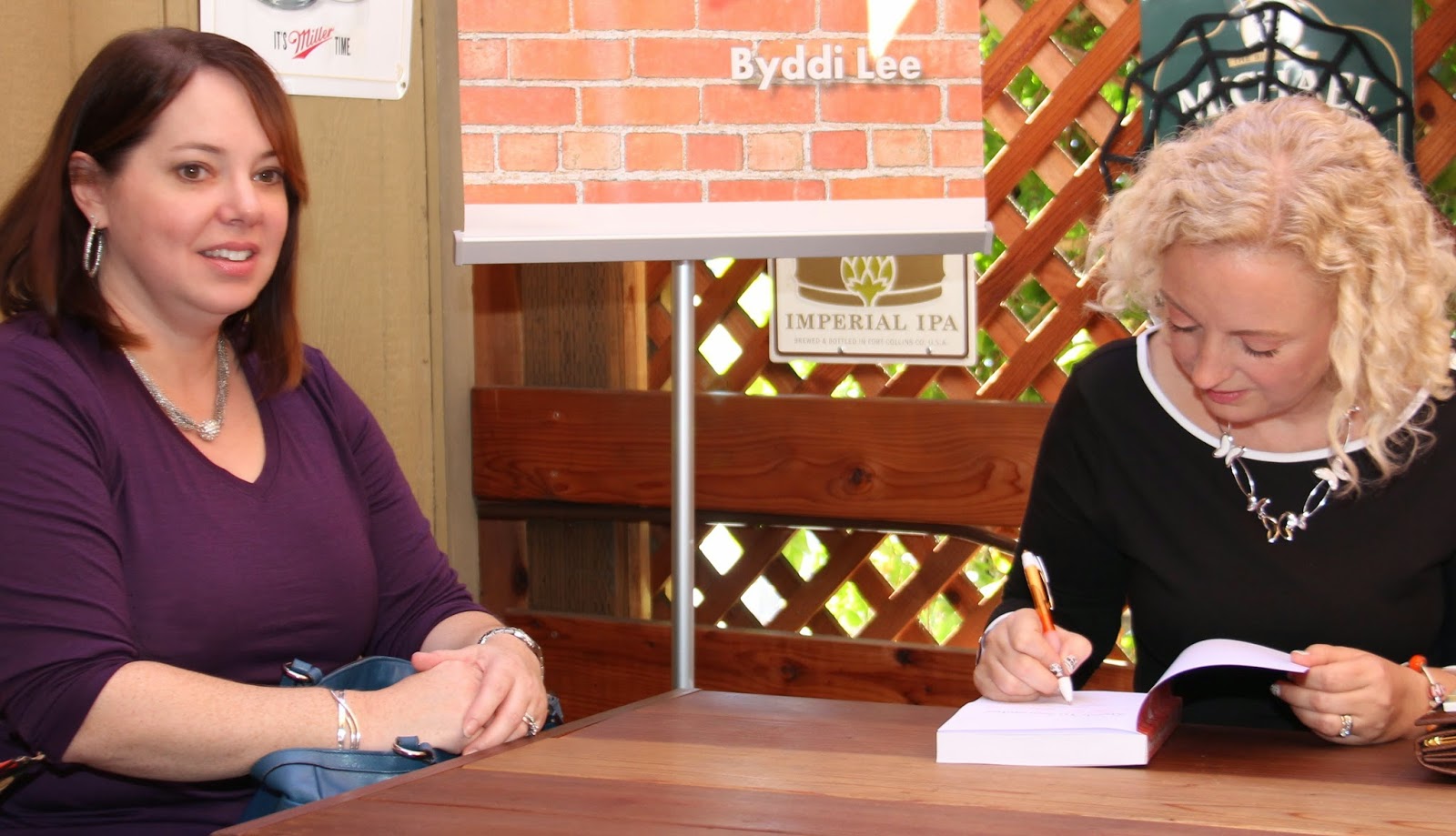 I’m pretty overwhelmed by the response to the book so far. My heart is full to the brim with gratitude and relief! 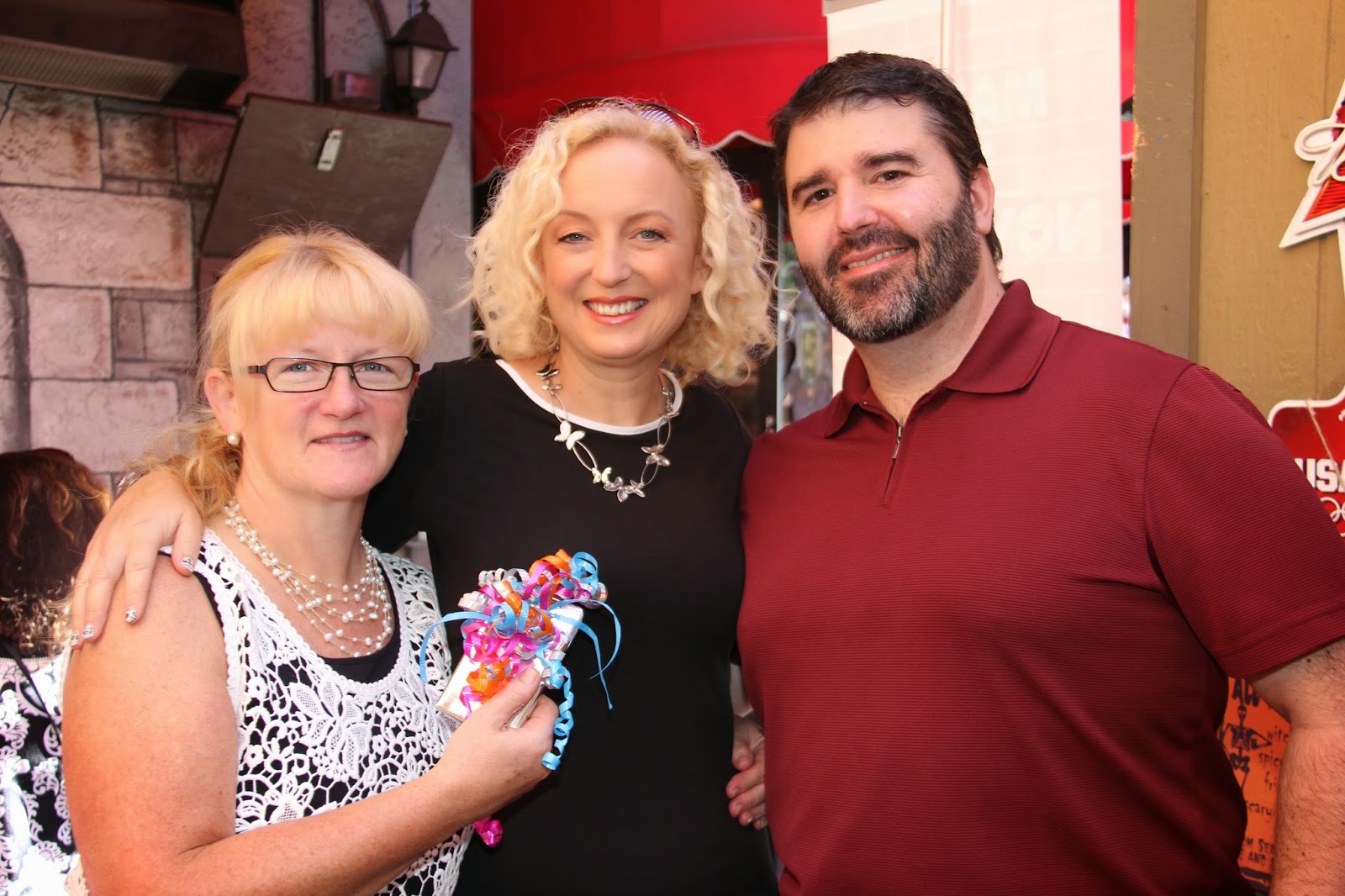 I still can’t quite believe that I’ve done it – that my book is published and I’m an author, but for now I’ll keep pinching myself and leave you with  the video!

All the photos and video on this blog post were taken by Paul Kavanagh. Thanks for everything Paul.

The music on the video is by Caolas.

1 reply to Breakfast – the most important meal of the day!